Apple is celebrating Black History Month with a range of activities and initiatives, including the release of a limited-edition Black Unity Braided Solo Loop and Unity Lights watch face. Further, Apple’s latest fiscal report for Q1 showcased record profits for the tech company.

Apple has decided to spotlight Black History Month by releasing a limited-edition Black Unity Braided Solo Loop that weaves the Pan-African flag’s colors into the stretchable black band. It is available for $99 and comes with a free Unity Lights face that can be downloaded via the iPhone. 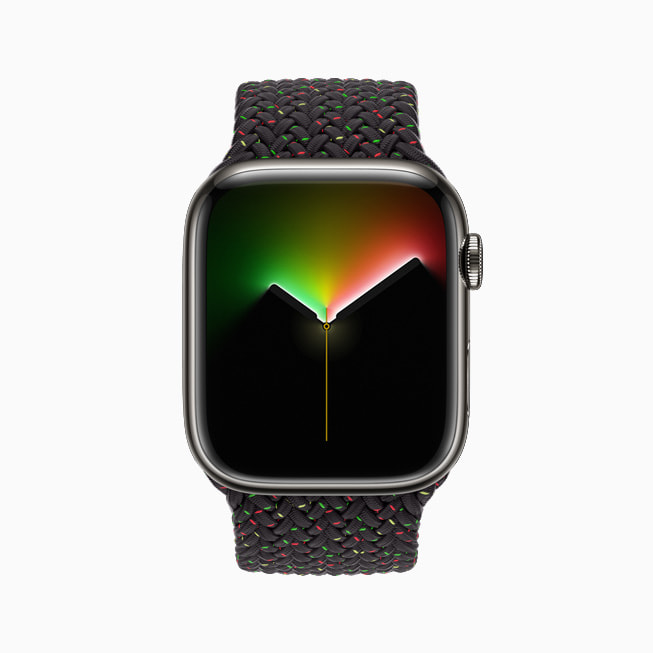 The Unity Lights watch face is designed using 2D ray tracing and is the first of its kind for a watch face. The design aims to honor black people across the globe. The red and green lights of the Pan-African flag appear like speckled light across the screen. The movement of the clock hands reveals and hides the lights, giving a different pattern each time. The Unity Lights watch face can also be customized and is available in dark and light themes.

The Apple Watch Unity Lights is inspired by Afrofuturism. With this, Apple aims to support organizations working for the upliftment of communities of color at the intersection of science and technology. Afrofuturism is a cultural aesthetic that aims to explore and improve upon the African-American experience, by celebrating one’s roots, and helping people connect with their African ancestry. It is mainly focused on the African diaspora, and expressed through art, music, and literature.

The Black Unity Braided Solo Loop is created using recycled yarn and silicone threads, showing a move towards sustainability. iPhone, iPad, and iMac users can express their solidarity by downloading Afrofuturism-inspired wallpapers from the App Store.

The Q1 earnings for 2022 has definitely brought in the holiday cheer for Apple investors. Apple reported revenue of $123.95 billion for the months of October to December 2021.

Apple’s earnings surpassed Wall Street expectations as the company saw a strong demand for the iPhone 13 and associated services. Apple’s stock was up 1 percent after the announcement.

Despite the chip shortage, which did have an impact on Apple’s earnings, the company managed to stay strong, with revenue increasing by 11 percent. The holiday quarter is considered akin to an oracle, as Wall Street relies on Q1 earnings to predict how companies will perform throughout the year.

“This quarter for Apple wouldn’t have been possible without the tireless and innovative work of every Apple team member worldwide,” said Tim Cook, Apple’s CEO. “We’re gratified by the enthusiastic customer response to the unmatched line of cutting-edge products that we delivered across a historic holiday season. We are also focused on how we can help the communities we’re a part of build back strongly and equitably, through efforts like our Racial Equity and Justice Initiative as well as our multi-year commitment to invest $350 billion throughout the United States.” 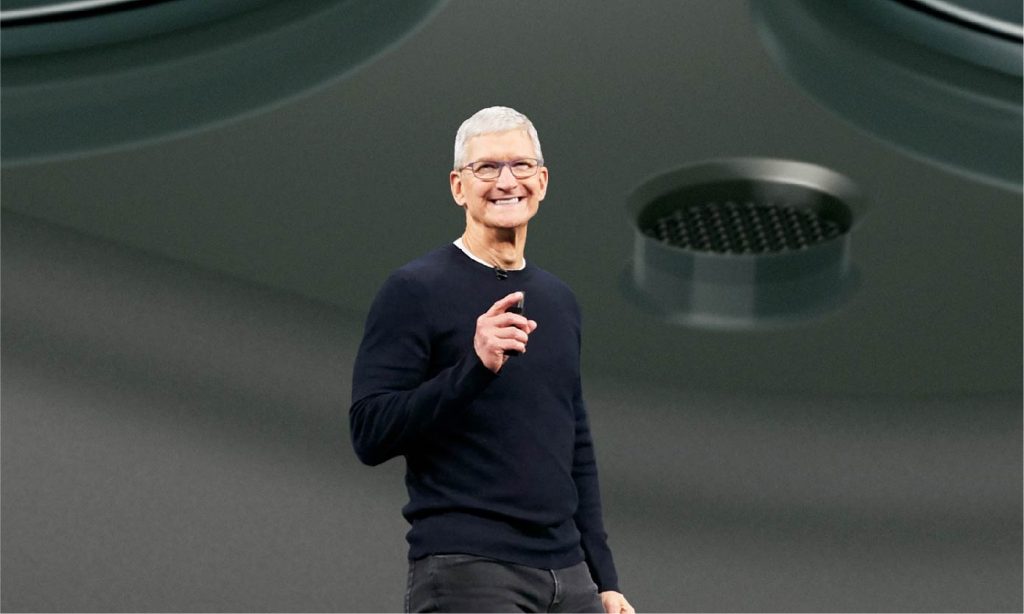 As part of its campaign to work for racial equity and justice, Apple is also spotlighting black businesses and curating content by black voices to showcase innovation and raise awareness.

Apple’s CFO Luca Maestri thanked customers and stated, “Our December quarter business performance was fueled by double-digit growth in each product category, which drove all-time revenue records in each of our geographic segments and an all-time high for our installed base of active devices. These results helped us generate record operating cash flow of $38.8 billion. We also returned over $30 billion to shareholders during the quarter as we maintain our target of reaching a net cash neutral position over time.”

The iPhone increased by about 9 percent year on year, the iMac by about 25 percent, the iPad by 14 percent, and Apple wearables by 13 percent, while other services increased by 24 percent year on year. During the Q&A, Apple responded that health and wearables are of particular interest as they are “fundamentally changing people’s lives and in some cases saving people’s lives.”

With $34.6 billion in profit and earnings per share of $2.10, Apple’s earnings exceeded every expectation, giving Wall Street some much-needed boost.

Christy Gren
Christy Gren is an Industry Specialist Reporter at Industry Leaders Magazine she enjoys writing about Unicorns, Silicon Valley, Startups, Business Leaders and Innovators. Her articles provide an insight about the Power Players in the field of Technology, Auto, Manufacturing, and F&B.
« Inflation Brings More Worries for Investors in 2022
Lamborghini’s Entry Into NFT Lends New Meaning to Time and Space »
Leave a Comment
Close