Apple WWDC 2022 highlights in a nutshell - The Apple ecosystem will enhance your life.

On June 6, Apple began its four-day-long Worldwide Developers Conference (WWDC), with a special event at Apple Park. On the first day of the Apple WWDC 2022, the company made six life-changing announcements that included the unveiling of a new MacBook Air and a new MacBook Pro 13”, both powered by Apple’s new M2 chip, plus new operating systems for the Mac, iPhone, iPad, and Apple Watch that support additional functionalities.

The annual Apple WWDC is usually held at the San Jose Convention Center in California, but this year, yet again, it is completely online due to the ongoing Covid-19 pandemic. The WWDC is used to showcase new software and technologies, and participants can also attend in-depth sessions by Apple engineers that cover a variety of topics. From 2002 onwards, Apple has used the WWDC to launch new products and tease its fans with a taste of upcoming devices. 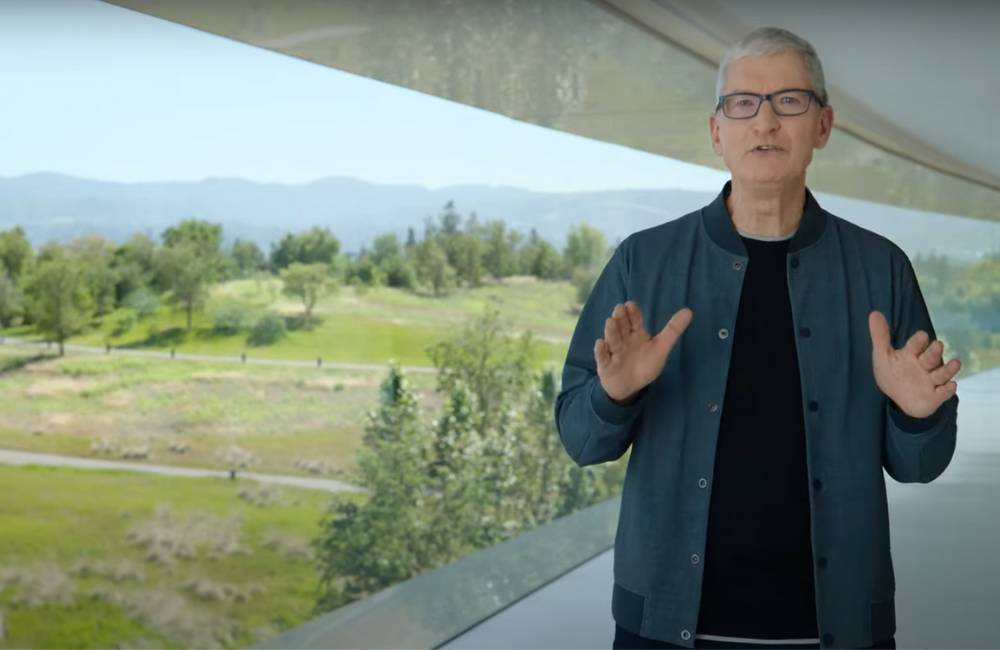 CEO Tim Cook gave the Apple WWDC 2022 keynote address by discussing the benefits of having the WWDC and how much the company loves to help developers bring their A-game to the table. To provide them with world-class support, Apple unveiled the new Developers Center across from Apple Park where developers and Apple engineers can collaborate on projects. He also spoke about the “Tech Talks for Developers” which will help everyone learn more about new technologies and provide developers with direct access to the tech firm’s engineers. He revealed that over the years the developer community has grown to include more than 34 million Apple developers.

Senior VP of Software Engineering Craig Federighi introduced us to the updated iOS 16 that will arrive in the fall. He talked about the new intelligence, sharing, and communication features that will enhance one’s iPhone experience.  From being able to customize the lock screen and widgets to notifications that roll in from the bottom of the screen, the iOS16 features are all about personalization. Developers can use the Live Activities API to create compact experiences on the lock screen. Users can also unsend, edit, and mark messages as unread, while SharePlay supported apps will redefine FaceTime calls. This feature will allow you to watch movies or listen to stories together while messaging in real time. Members of the Apple Developer Program already have access to the preview version, and a public beta version will be available in July. Users of the iPhone 8 and above will be able to get a free software update sometime in the fall.

In the words of Kevin Lynch, VP of Technology, the Watch OS 9 is designed to help one “stay connected, active, and healthy.” The Apple Watch OS 9 features include four watch faces, a refreshed Siri UI, and new banner notifications. To keep one active, the Watch OS 9 will support new training experiences inspired by high-performing athletes. The Workout app will have new metrics to monitor training results. With the iOS 16, the Fitness App will be available to all iPhone users as well. The Watch OS 9 features include sleep stage analysis and heart rhythm tracking. Medications will help users track, manage, and understand one’s prescription medication usage discreetly. It can also track atrial fibrillation (AFib), for which the company expects to receive FDA clearance soon. Also, Apple health data is encrypted on device and will not be shared without the user’s explicit permission. Users of select Apple Watch and iPhone pairings can get a free software update sometime in the fall.

The Apple M2 chip pushes the capabilities of M1 even further. The second generation of M-series chips focuses on power-efficient performance. The M2 chip brings a new range of capabilities to the iMacs. It features over 20 billion transistors, a 25% increase over M1. The new M2 chip performance is unparalleled as it comes with four high-performance and four high-efficiency cores, and supports 24GB of unified LPDDR5 memory. All kinds of demanding workloads can be accomplished smoothly with the inhouse silicon chip. The company claimed that in comparison to a 10-core PC laptop, the GPU in M2 delivers 2.3 times faster performance at the same power level. The M2 chip also features Apple’s next-generation Secure Enclave and Neural Engine, and the powerful ProRes video engine will enable systems to play multiple streams of 4K and 8K video.

The MacBook Air has always been a favorite among users for its efficiency and portability. Thin, light, and powerful, it is THE notebook to have and is the world’s best selling laptop. The new MacBook Air 2022 has been redesigned with a view to complement the prowess of the M2 chip. With an all-aluminum body enclosure, 11.3 mm thickness and weighing just 2.7 pounds, it comes in four colors. ALiquid Retina display of 13.6-inches with thin borders, supporting 1 billion colors, the MacBook Air 2022 has MagSafe for dedicated charging. A 1080p camera with twice the resolution and low light performance in comparison to the previous Air makes video calling a delightful experience. The speakers and mics are completely integrated with Dolby Atmos, and the Air has a Force Touch trackpad for easy navigation. The MacBook Air supports up to 18 hours of video playback. The MacBook air 2022 release date is slated to be sometime in July and will retail for approximately $1,199 and $1,099 for education.

The 13-inch MacBook Pro 2022 will also be home to the M2 chip, a faster octa core CPU and a 10-core GPU.  The MacBook Pro with M2 chip is expected to make multitasking a breeze, as it is nearly 40% faster than its predecessor. It also supports 24GB of unified memory and has 50% more memory bandwidth. If these features are not enough to woo you, let us tell you the company claims that the MacBook Pro 2022 can accommodate up to 20 hours of video playback. Add to it, the MacBook Pro 2022, along with its sibling the MacBook Air 2022, uses 100% recycled rare earth elements in most of its components supporting your environmental goals, while helping you accomplish life goals. The MacBook Pro 2022 price will start at $1,299 and $1,199 for education and will be available in July.

The Mac OS 13 Ventura is a game changer. Designed to enrich the Mac experience in more ways than one, the Mac OS 13 helps the user become productive and creative in equal parts with Stage Manager. It places the app you’re using dead center and pushes all other windows to the side.  If you want to move around, you can do it just by clicking on what you want and cycle through different apps and windows. It pairs well with Safari to enable you to work faster and better. The mail is also revamped and programmed to help you set reminders, unsend email, and schedule mails. MacOS 13’s compatibility is at its peak during FaceTime calls, which can be shifted from one device to another seamlessly. The continuity camera allows you to use an iPhone as a Mac webcam. It is available as a beta update for developers and will be made available to the public next month.

Did you ever think the iPad could get any better? If yes, then let me tell you how your wish has come true. According to Federighi, the iPad OS 16 has been developed with an aim to give users the best “security, mobility, and an intuitive touch-first interface.” The iPad combines the best features of the Mac with unique iPad characteristics like compatibility with the Apple Pencil. The biggest news is that finally, after 15 different versions, the iPad OS 16 will have an official weather app, and the WeatherKit will allow developers to use it in their apps. The iOs and MacOS updates will be reflected in the iPad along with support to drag and drop files between devices. It opens new avenues for collaboration and works with a variety of apps and also has Stage Manager. The iPad OS 16 supported devices include the iPad Pro, iPad Air (third generation and later), iPad (fifth generation and later), and the iPad Mini (fifth generation and later). Members of the Apple Developer Program will have access to the preview version and it will be open to the public in July 2022.

The Apple WWDC 2022 is expected to continue till June10, filled with sessions, lab consultations, special events, and more. First held in 1983, the WWDC has evolved into a gathering of like-minded individuals who want to use technology and creativity to better everyday lives.