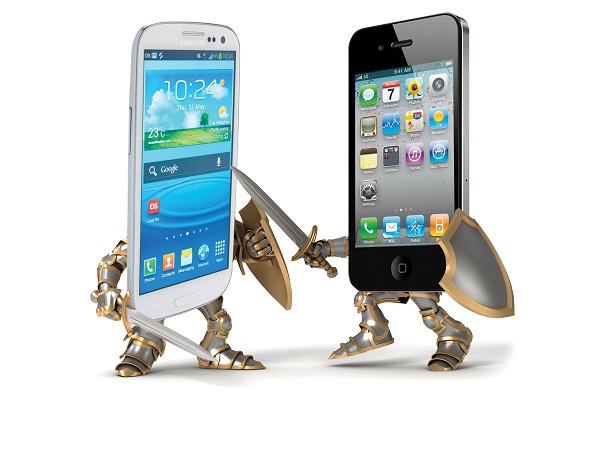 The features in dispute include patents covering the iPhone’s slide-to-unlock, text autocorrect, and autolinks such as click-to-call.

Handing another victory to Apple, the U.S. Court of Appeals for the Federal Circuit in Washington, D.C. ruled that the company could force Samsung to stop using particular smartphone features found to have infringed on Apple patents.

In a 2-1 ruling, the U.S. Court of Appeals said the lower court abused its discretion when it denied Apple Inc., an injunction after U.S. District Court Judge Lucy Koh ordered Samsung Electronics Co Ltd to pay $120 million in May, 2014 for infringing three of Apple’s patents.

The features in dispute include patents covering the iPhone’s slide-to-unlock, text autocorrect, and autolinks such as click-to-call. The ruling could still have significant consequences for Samsung and other device manufacturers.

However, the ruling comes long after Samsung has altered the way those features work on its smartphones. For instance, users don’t need to slide a button to unlock Galaxy phones they can just swipe a finger anywhere on the screen. Samsung’s keyboard has also been updated multiple times since the ruling.

The 2-1 appeals court said it had granted Apple a narrow ruling because it does not want to completely ban Samsung’s devices from the marketplace. Rather Samsung can remove the patented features, if there are any remaining on customers’ devices, without recalling its products.

The case was returned back to a federal district court in San Jose, California, to reconsider the injunction.

After the jury verdict last year, U.S. District Judge in August 2014 declined Apple’s request for a permanent injunction to prevent Samsung from selling the infringing features on its smartphones.

Samsung in a statement sought to reassure its customers that its flagship smartphones will continue to be sold and supported by the company. Terming Apple’s injunction request unfounded, a spokeswoman said Samsung is also said looking for further review of Thursday’s decision.

The case is just one of several patent cases currently being fought in courts between the two companies. In a separate case, Apple was granted $980 million in damages against Samsung stemming from a 2012 verdict for infringing Apple’s patents and copying the look of the iPhone. But the Federal Circuit in May stripped about $382 million from a $930 million ruling that Apple could not patent the basic design of the iPhone.

Last year, the two smartphone giants said that they will call off their patent disputes going forward, outside the United States.

Christy Gren
Christy Gren is an Industry Specialist Reporter at Industry Leaders Magazine she enjoys writing about Unicorns, Silicon Valley, Startups, Business Leaders and Innovators. Her articles provide an insight about the Power Players in the field of Technology, Auto, Manufacturing, and F&B.
« Altice Set To Acquire Cablevision in Deal worth $17.7 Billion
Sharp plans to roll out the world’s first 8K TV in October, for $133,000 »
Leave a Comment
Close

The Ikea and Rockefeller foundations are jointly launching a $10 billion fund to promote small-scale renewable power projects in developing nations. Both
14 hours ago

EU antitrust regulators are planning a formal investigation into Google’s digital advertising practices by the end of this year. Google is already facing unprecedented regulatory
21 hours ago