Apple Will Discuss What to Do With Its $100 Billion Cash 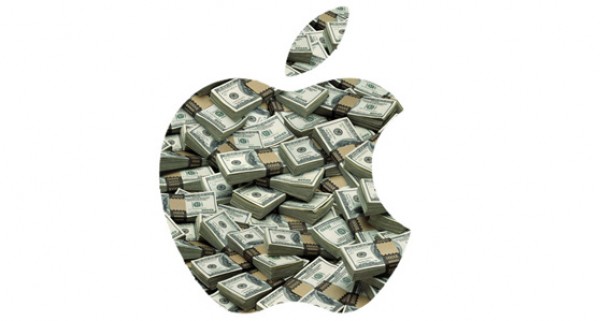 Apple likely to announce a dividend

Apple Inc., the world’s most valuable company, plans to discuss its $100 billion in cash and investments in a conference call and is likely to announce a dividend. Just days after its stock touched $600 per share, a short press advisory was issued by Apple, saying it would hold a conference call to discuss the outcome of discussions about its cash balances. The move comes as investors have hollered for the company to return some of the money to shareholders.

Chief Executive Timothy D. Cook said at Apple’s annual shareholder meeting in February that the company had been thinking about its cash ‘very deeply,’ and is actively discussing strategies for managing it with the company’s board. He said, “It’s a lot. It’s more than we need to run the company.”

Apple, the iPhone and iPad-maker, is likely to spend about $14 billion of it’s nearly $100 billion cash hoard. Analysts believe that this has been a record for a public company to get it a healthy and modest dividend yield in the 2.5 percent area. It is highly unusual for a company of this age, especially while it is more than three and a half decades old, to been on a growth spurt.

The success of new products like the iPhone and iPad has boosted both profits as well as revenue; during the holiday quarter. Apple issued shareholder dividends during an earlier chapter in its history, stopping in December 1995.

Since Timothy D. Cook took over the leadership of the company last fall, he and other executives have signaled their willingness to consider a plan for the company’s cash other than letting it accumulate in the bank. Apple executives said, “For months we were in discussions with the company’s board members about developing such a plan”.

Brian Marshall of ISI wrote in a note to clients Sunday following the Apple announcement, “We believe a dividend will drive an incremental $4.5 billion in stock purchases from top 20 dividend mutual funds and ETFs assuming Apple is a new 2.5 percent position. We believe Apple could become the highest yielding stock in our coverage universe with a 2.5 percent dividend followed by Hewlett-Packard at 2.0 percent, Cisco at 1.6 percent, IBM at 1.5 percent”.

Well, but not that many believe the same fate will befall Apple. Analysts believe Apple can have its dividend and its growth story too as it is just starting to penetrate emerging markets significantly and may release a revolutionary TV product later this year.

On March 15, Novogratz went so far as to predict that the Bitcoin future price will reach half a million dollars per coin by 2027. He made this statement at the Bitcoin 2022 confer
6 hours ago

Managers and HR personnel must be coached on how to compassionately convey the message as it is one of the most difficult conversations an individual can have. Open and honest comm
8 hours ago