How Did the Apple Watch Become the No. 1 Watch Globally?

Apple chief executive Tim Cook said on Tuesday the Apple Watch is the No. 1 Watch globally. The watch has dominated over traditional brands like Rolex, and other prominent smartwatch makers like Samsung or Misfit. And yet, for many critics, the feat isn’t exactly cause for cheer; the Cupertino company refuses to share Apple Watch sales numbers.

“The Apple Watch is now the number one watch in the world,” Tim Cook told the media event, at the Steve Jobs theatre on Apple’s spaceship campus in Cupertino.

Apple didn’t share any sales numbers for the Apple Watch, as it does for the iPhone and the iPad. Instead, Cook said sales were up fifty percent in the past quarter from a year earlier. In May 2017, at Apple’s earnings call, Cook said something similar. He said Apple’s revenue from wearables – the Apple Watch, AirPods, and Beats headphones – was the size of a Fortune 500 company.

Apple doesn’t provide official numbers, so all we have is estimates. Last year, Rolex was the number one watchmaker in the world. The entire Swiss watch industry has been suffering from poor sales globally. The 10% fall in 2016 has swept Rolex specifically. It’s hard to say exactly how much that affected but it’s easy to estimate that Rolex’ lower-end watches, which make up 45% of the company’s customer base, are particularly threatened by high-end wearables like the Apple Watch Hermes. Increased competition from high-end smartwatch makers like Apple and Misfit has overthrown brands like Rolex. 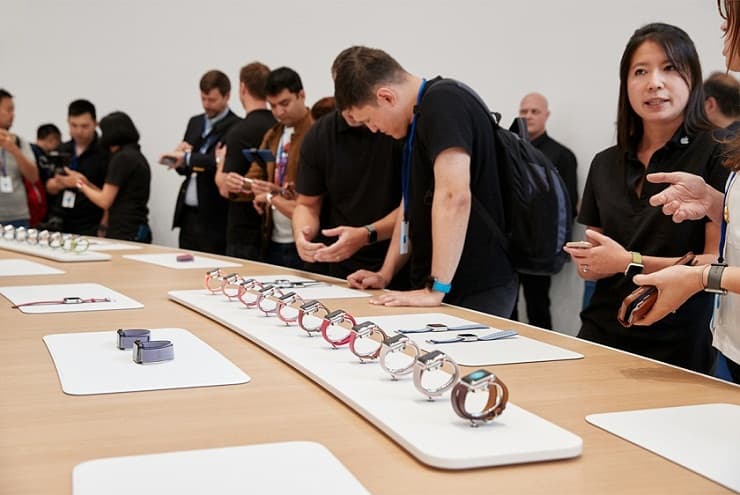 According to Strategy Analytics, consumers bought 21.1 million smartwatches in 2016. If Apple’s stats are from 2016, it makes sense that the Apple Watch is now the No. 1 watch globally. Early reports say 2017 might be looking better for the Swiss watch industry, but it’s a little early to say. We can only wait until next year to find out if the Apple Watch is able to maintain its position as the No. 1 watch globally.

Anna Domanska
Anna Domanska is an Industry Leaders Magazine author possessing wide-range of knowledge for Business News. She is an avid reader and writer of Business and CEO Magazines and a rigorous follower of Business Leaders.
« iPhone X is the ‘biggest leap’ in terms of technology or leadership?
Alphabet investment on its way to back the Lyft Waymo collaboration »
Leave a Comment
Close