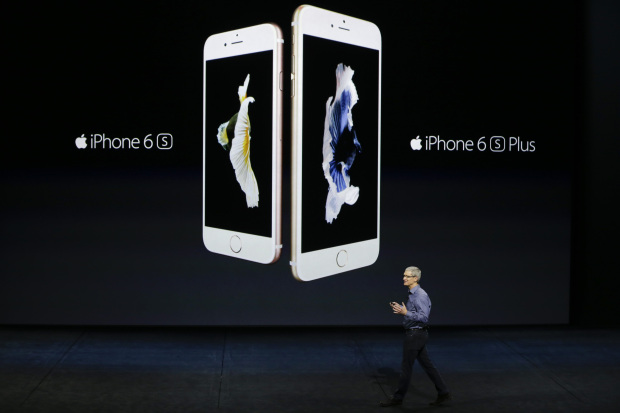 After a string of leaks and rumors in recent weeks, Apple finally unveiled two new iPhone models, dubbed the 6s and 6s Plus.

The company announced the two new iPhone models will go on sale starting September 25 – with advance orders starting on September 12. The new iPhones are almost the same size as their predecessors and will cost the same as the 6 and 6 Plus models launched last year, which will now sell for $100 less.

For the most part, the iPhone 6s and 6s Plus will look about the same externally as the last-gen models in terms of both dimensions and design. However, Apple says the frames of the new iPhones are made of a stronger form of aluminium as the previous models were more prone to bending.

The most important upgrade in the iPhone 6s and 6s Plus is the addition of 3D Touch or Force Touch Display that enables users to navigate around their iPhone in a much quicker and easier way. The feature uses added screen sensors to be able to differentiate between types of touches and taps in preloaded apps made by Apple and outside developers as well as on the homescreen.

With 3D Touch, pressing down hard on the new iPhones will allow easy access to frequent tasks. For instance, users can get quick access to tasks such as taking a selfie or getting directions home. They can also update a Facebook status right from the home screen. From a message, 3D Touch will give users a preview of a Web link without launching the browser.

The new camera features a huge 12 megapixels rather than the 8Mp camera of its predecessors. The rear camera is capable of shooting video in 4K Ultra HD quality at 30fps, and features a new True Tone flash, although this could push the storage on the lower capacity models to their limits. Meanwhile, the front camera for selfies will now get a larger sensor capable of 1080p video and 5 megapixel still shots, along with panoramas and slow motion video with a feature called Live Photos.

The new iPhones will have faster processors. The iPhone 6s and 6s Plus features a new A9 chip, Apple’s third-generation 64-bit chip, which is claimed to be 70 percent faster than the A8, and 90 percent faster when it comes to graphics performance.

The new iPhones will use the upcoming iOS 9 operating system, which supports new features such as 3D touch. The new iOS 9 software comes with transit directions, a news-viewing app and other improvements. Users will now be able to scroll through photos more quickly with the new software. The font is bolder and easier to read. The upgraded operating system will be released on September 16.

Besides the regular gold, silver, space gray colours, the new iPhone 6s and iPhone 6s Plus will be available in the new rose gold metallic finish.

Christy Gren
Christy Gren is an Industry Specialist Reporter at Industry Leaders Magazine she enjoys writing about Unicorns, Silicon Valley, Startups, Business Leaders and Innovators. Her articles provide an insight about the Power Players in the field of Technology, Auto, Manufacturing, and F&B.
« Marshall Wace and KKR & Co. L.P. Alliance for Long Term Partnership
Google Launches Android Pay, Its Mobile Payments Service in the US »
Leave a Comment
Close