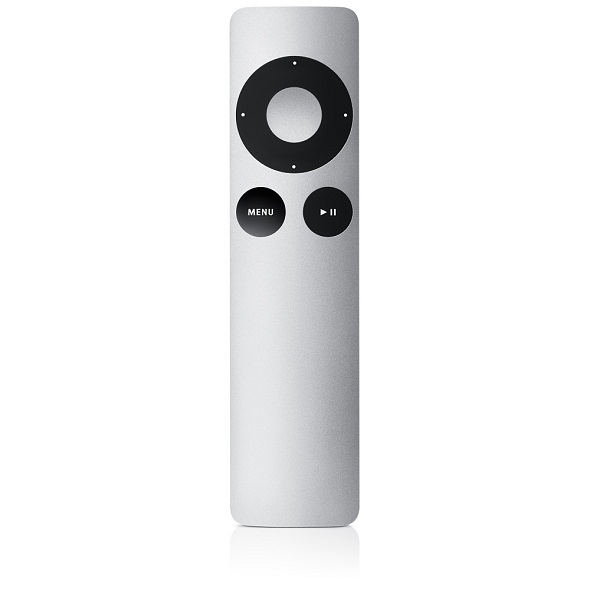 The Apple TV remote control will include three minimal circular buttons and a touchpad.

After a long time, Apple introduces its new TV set-top box this summer with remote control, magic mouse, and magic tracker pad. According to The New York Times, the company is revising its new Apple TV remote control featuring and will most likely add a touch pad. The Apple’s next generation, Apple TV remote control will include three minimal circular buttons wrapped with a thin piece of metal body inclusive of a circular play-pause button, menu button, and a menu pusher directional-button.

An unidentified employee of Apple Co. briefed about the new touch pad device by saying that Apple TV’s remote control body is slightly thicker than its current iteration. The device is used for navigation and scrolling necessities carrying two additional feature buttons. The company expects to include new hardware featured with A8 processor dedicated with new additional features in the device viz. additional channels, App store, and Siri voice controls.

A source reported that, the new Apple’s TV remote control featuring like a touch pad will join the product line of the other accessories such as Magic Mouse, Magic Tracker pad having touch controls. The touch pad size is similar to Amazon’s wireless speaker, and the Echo.

The company has announced to make a debut of its new Apple TV’s set-top box at the Apple’s Worldwide Development Conference (WWDC) by this year, in June. The company, while introducing Apple TV‘s stream-box, it will disclose a software development tool kit that will allow developers to make native applications that can be programmed in the set-top box as reported by BuzzFeed.

According a source, it has reported that in 2012, the company hadn’t updated its streaming device, but at an event held in March 2015, the company revealed that it has declined the price of Apple TV’s set-top box by quoting the new price of Apple TV to USD 69 from its previous USD 99 price tag. The company, since its product inception in the year, 2007, it has merely sold around 25 million stream Apple TV sets.

At present, the company is negotiating with the television networks to launch its services later in the present year, and is wooing content creators with a package deal of channeled programs by providing range of channel providers like CBS, ABC, and Fox for approx. USD 30 to USD 40 with its launch in the fall. The TV network services will also be available on the Apple’s IOS devices, and Apple TV sets.

The Apple Co. has announced a conference to be held on 8th June at WWDC where it will disclose the details of its previous launch of IOS devices along with its new product launch of the present year. The company is also expecting to make a debut of revised version of Apple’s streaming music services along with its SDK tools’ description that will allow developers to make native apps for Apple watch.

Another $15 billion in bailout funds is being considered for the hard-pressed U.S. airline industry by the US Congress, bringing a much-need...
58 mins ago

Much like the flying car, the self-driving car has appeared frequently in sci-fi movies and TV shows. Who could forget Bruce Wayne’s favor...
1 day ago

Europe’s data protection laws under the General Data Protection Regulation need to be revised to meet the post-pandemic world’s ...
1 day ago