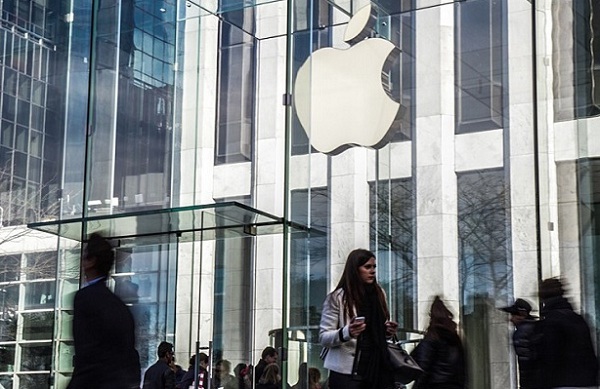 Apple Inc. has begun a new program in continuation to its earlier programs to offer latest models to loyal users. Most analysts believe it is also a step to counter the Samsung Electronics Co.’s deluge of latest smartphones and devices.

Interestingly, the giant is expected to begin its new offer: trade older versions of iPhones in exchange for newer models; as it thinks that it might help it win bigger market share. Brightstar Corp., which has already performed such services for many of the national carriers such as AT & T as well as T-Mobile, is going to come to the iPhone maker’s rescue. However, there is no official announcement of such an exchange offer and it is only industry experts who are privy to such future offers. It is expected that the new iPhones will debut at $49 without a contract with any wireless carrier and also the storage size of the individual devices.

Some analysts also add greater significance to the likely exchange offer in view of the recent US trade panel ruling that older CDMA network iPhones are found to infringe on certain ‘standard-issue patents’ and cannot be sold within the country. However, this ruling is yet to come into effect and will have to wait for the President Obama’s final review.

But there are concerns over Apple’s future in the US markets. The fact is that Samsung Electronics Co. is getting stronger and stronger as it has grabbed nearly a smartphone market share of 31 percent  in the first quarter this year, according to reports from Gartner.  Considering the ruling by the US trade panel did stop sales of Apple Inc.’s most popular segment: iPhone 4, iPhone 3Gs, it would mean a loss of nearly $3.4 billion, according to estimates conducted by Piper Jaffray. Interestingly, iPhone 5 is expected to sell to a much larger US market and earn approximately $14.9 billion.

Unaffected by developments in the US market space, technology analysts believe that Apple Inc. will finally launch its ad-running radio service. Called iRadio by industry experts, this service will be modelled along Pandora’s model and Spotify.

Though Apple Inc. has been serious discussions with many premium music publishers and distributors, it has been unable to strike a deal as they are expecting higher revenues on every record.  It appears that Apple Inc. will have to reach a decision soon because Google Inc. has already rushed ahead and launched its own Spotified-music offering called ‘Google Play Music All Access,’ matching Spotify’s price of $9.99 per month. Pandora, on the other hand, has already introduced a cap on the number of hours – restricting to 40 hours of unpaid much. Beyond this, a subscription of modest $3.99 is charged, matching Spotify on the price and capping on the number of hours users can listen in a month.

Following the quick-changes in online music scenario, with Google Inc.’s debut and Apple’s likely chances of making an entry and a rise in its own subscription rates, Pandora’s shares were found to fall by 17 percent in the first week of June 2013.

Furthermore, Apple’s ‘iRadio’ is expected to earn profits largely from its ‘iAD’ or Ad-based selling of music. Mobile ads by Apple Inc. are already raking in high revenue for the technology company.