Apple to face Senate’s criticism over US taxes

10 Companies Paying the US Highest (and Lowest) Corporate Taxes 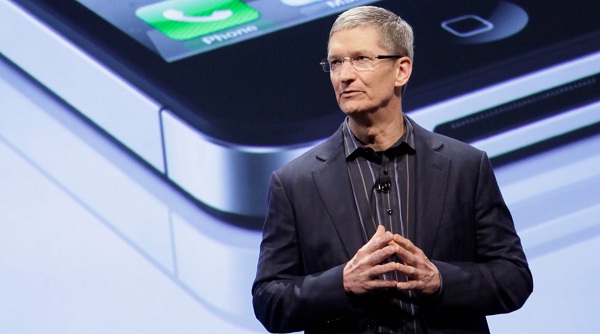 Black clouds are gathering over Apple Inc. and its CEO Tim Cook as the Senate panel has found that the smartphone giant  avoids paying corporate income tax. The Apple CEO is due to excuse the company’s tax practices to the Senate Permanent Subcommittee on Investigation on the 21st of May and it seems that he will face bitter criticism over the company’s operations.

For the last couple of months, tech giants and other well-known companies, including Starbucks Corp., have been excusing their tax approach as governments have been widely criticizing them for using tax havens and subsidiaries not to pay corporate tax. And it seems that Apple Inc. has joined the infamous group of companies accused of immoral tax practices.

The findings of the Senate’s body indicated that iconic Apple Inc. had been avoiding paying corporate income tax by exploiting its subsidiaries – the practice very popular among companies as they aim not to share their income with authorities. The tax practices of Apple Inc. helped the iPhone maker not only avoid paying taxes at home but also overseas. It might be surprising to see Apple Inc., which is in fact one of the US most profitable tech giants, taking advantage of loopholes to avoid paying taxes but that is the picture of reality showed by the findings of the Senate panel.

On the 21st of May, Tim Cook, who has been at the helm, since 2011, is due to explain all the tax practices of Apple Inc. But it is widely speculated that apart from excuses, Apple CEO Tim Cook will also call Congress to reduce the corporate tax rate, underlining that the present rate is responsible for US companies  exploiting all possibilities to avoid paying adverse taxes. However, it is likely that he will face the wall of harsh critique as the Senate’s findings indicated that the iconic iPhone maker avoided paying staggering $9 billion in US taxes last year (sic!), compared to the paid sum of $6 billion. Indeed, the sum of tax avoidance can make one dizzy! Sen. John McCain has noted that Apple Inc. is known for its disposition to brag about that it is “the highest-paying taxpayer in the United States,” adding that: “What they often leave out is they are also one of the largest corporate tax avoiders.”

Indeed, the findings of the subcommittee report, which was released on the 20th of May, may be shocking as the estimates showed that the tech giant avoided paying staggering $15 billion in US taxes for the period between 2009 and 2012. The fact is that the iconic iPhone maker uses practices which are commonly exploited by other companies to avoid paying corporate tax, but it also takes advantage of loopholes in tax law to pay ludicrously small amounts of taxes.

It should be underlined, however, that the subcommittee report did note that all tax practices of Apple Inc. were legal. But it does not change the fact that the approach of Apple Inc. might be seen as immoral.

Truth be told, Apple Inc. is not the only company that uses all loopholes in law which allow it to pay little or no taxes at all. Therefore it is not surprising that Sens. Carl Levin and John McCain aim to end exploitation of overseas tax havens and immoral tax practices of US companies.  It may come as no surprise that Audit Analytics  issued alarming findings, indicating  that around 1,000 US companies had staggering $1.9 trillion in earnings in the foreign bank accounts.

Apple CEO Tim Cook will certainly face harsh criticism at the hearing. It seems that he will have to explain the practices of the iPhone maker. But the fact is that the US authorities will have to change their tax law as well. Yet, it is worth mentioning that not only the US will have to address the issue of corporate income tax in the near future.