Apple to China: ‘iPhone is not a threat to National Security’ 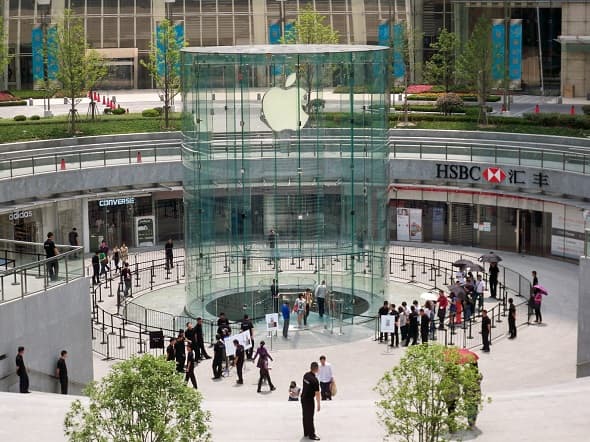 On July 11, China Central Television citing Ma Ding, head of the online security institute at People’s Public Security University of China reported that iPhone function can gather information which could result into a leak of state secrets.

Apple Inc. has assured that location tracking on its iPhone can’t be utilized to track activities of its users, a day after China’s state-owned TV broadcaster made public revelation that its software could cause a serious security hazard.

On July 11, China Central Television citing Ma Ding, head of the online security institute at People’s Public Security University of China reported that iPhone function can gather information which could result into a leak of state secrets.

Accordingly, Apple retorted on its Chinese site that it has never “worked with any government agency from any country to create a backdoor in any of our products or services.”

The tracking function in iPhone is utilized to accelerate applications intended to show iPhone users their location or support in driving directions in order to avoid heavy traffic. The function can be turned off. Personal location data is stored only on the device and is further protected by a user password, which isn’t available to third parties, the company announced in the statement.

“We appreciate CCTV’s effort to help educate customers on a topic we think is very important,” the company said in the statement, according to an English translation provided by Apple. “We want to make sure all of our customers in China are clear about what we do and we don’t do when it comes to privacy and your personal data.”

Apple, Microsoft, Google and Facebook are among several U.S. organizations condemned by state-run media in the midst of a heightening spat over cyber spying and hacking assertions. The tension follows accusation by U.S. prosecutors of five Chinese military officers for professedly hacking into the computers of American organizations and last year’s revelations by former NSA contractor Edward Snowden of a National Security Agency spying program.

The report by CCTV on the iPhone came after China told its three-state owned wireless carriers to the supposed marketing costs in light of the fact that they overspent on subsidies and marketing for gadgets, for example, the Apple handsets, individuals acquainted with the matter said.

China Mobile Communications Corp. (941) commenced selling the iPhone in January following six-years of negotiations. Discounts on Apple devices are one motivation behind why subsidies on the phone will climb 29 percent to $ 4.4 billion (34 billion yuan) in 2014, CFO Xue Taohai said in March. Apple is yet to receive any formal warning of the SASAC policy, said Rainie Lei, a Hong-Kong based representative for the listed unit, China Mobile Ltd.