Apple Teams Up with HPE To Boost Enterprise-Related Operations

Apple Inc. has formed a strategic partnership with Hewlett Packard Enterprise Company (HPE) for developing enterprise-related operations. A UK publication, The Register, first reported the update after coming across a job post by Apple on LinkedIn for the position of Enterprise Strategic Partner Manager – HPE, Dimension Data & GE in London.

Prior to HPE, Apple has built a strategic partnership with SAP, IBM, GE, Deloitte, Cisco, and Accenture to scale its hardware and software on diverse-sized businesses. Under the leadership of Tim Cook, it seems that Apple is equally interested to go deeper in the enterprise-related operations as in strengthening iOS platform.

Back to the job description of Partner Manager on Apple’s LinkedIn account, it entails: “At the end of the day, we are here to grow Apple’s enterprise business through our Strategic Partner’s teams. We’ve partnered with experts in the enterprise, around the world, to change the way people work.”

The said position required personnel to get associated with global partner, regional sales, channel marketing and systems engineering teams, both inside and outside Apple. The areas of work included new Business Development, Partner Management, and Enterprise Sales Programs.

The selected candidate needs to implement business development plans along with devising new training programs, pieces of training and tools to boost the usage of Apple products among the strategic partners’ sales forces.

The ad was listed in May and Apple has now stopped accepting applications for this position.

Among all these, it is still unclear which HPE products Apple aims to use but will reportedly consider the Aruba edge kit.

The enterprise solution, HPE has a separate consumer-oriented business, HP from the 2014 Hewlett-Packard split. And Apple is already working HP. During this February, HP launched a “Device as a Service” (DAas) program for Apple devices including iPhone, iPad and Mac to open up the platform for mixed-OS device management solution. 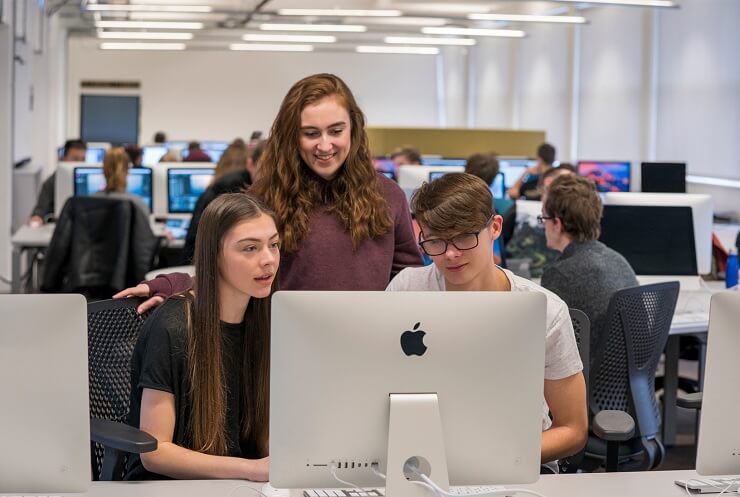 Apple’s enterprise-related operations generated $25 billion back in 2015, which was just within the three years of its launch.

By affiliating with these giant global enterprises, the Cupertino titan is constructing a network to make the most of the iPhone, iPad and Mac devices in the corporate world. SAP, Cisco, IBM and other affiliated enterprises team up with Apple on mobile strategy consulting, app development, back-end system integration and corporate networking.

These companies build customized apps on iOS platforms for their customers and Apple users. Apple also develops custom apps for each business solution and over 235,000 business apps are currently available in the App Store.

Though the accurate annual revenue figures are not available for now, Apple’s enterprise-related operations generated $25 billion back in 2015, which was just within the three years of its launch.

Adding to this, during an interview with Bloomberg in June 2017, Cook called the enterprise business as “the mother of all opportunities”.

The UK publication further reported that Apple UK is in the phase one of its Enterprise Accelerator Programme. Here it will assuredly focus on the UK, Germany, the Netherlands and Switzerland, as told by familiar sources. The company will then stretch its enterprise-related operations to the Nordics and central and Eastern Europe later in 2018.