Tim Cook’s pay was 1,447 times that of the average Apple employee, as per a filing released in January.

A 2019 TIME headline read: “Why CEOs Actually Deserve Their Gazillion-Dollar Salaries.” The author, Tyler Cowen, argued that “CEOs really have upped their game relative to many other workers in the U.S. economy.” Today’s CEOs have a good sense of financial markets to stay profitable in a much more globalized world where the supply chain is spread across geographies. But the Institutional Shareholder Services (ISS), an influential shareholder rights group, disagrees with the notion that an industry leader like Tim Cook, who runs the world’s most valuable company, deserves his nearly $100 million compensation package for 2021.

In a letter on Wednesday, ISS said that it had “significant concerns regarding the design and magnitude” of the amount of stock that Apple has given Tim Cook this year. The group has urged shareholders to vote against Tim Cook’s compensation package at Apple’s annual shareholder meeting in the first week of March. 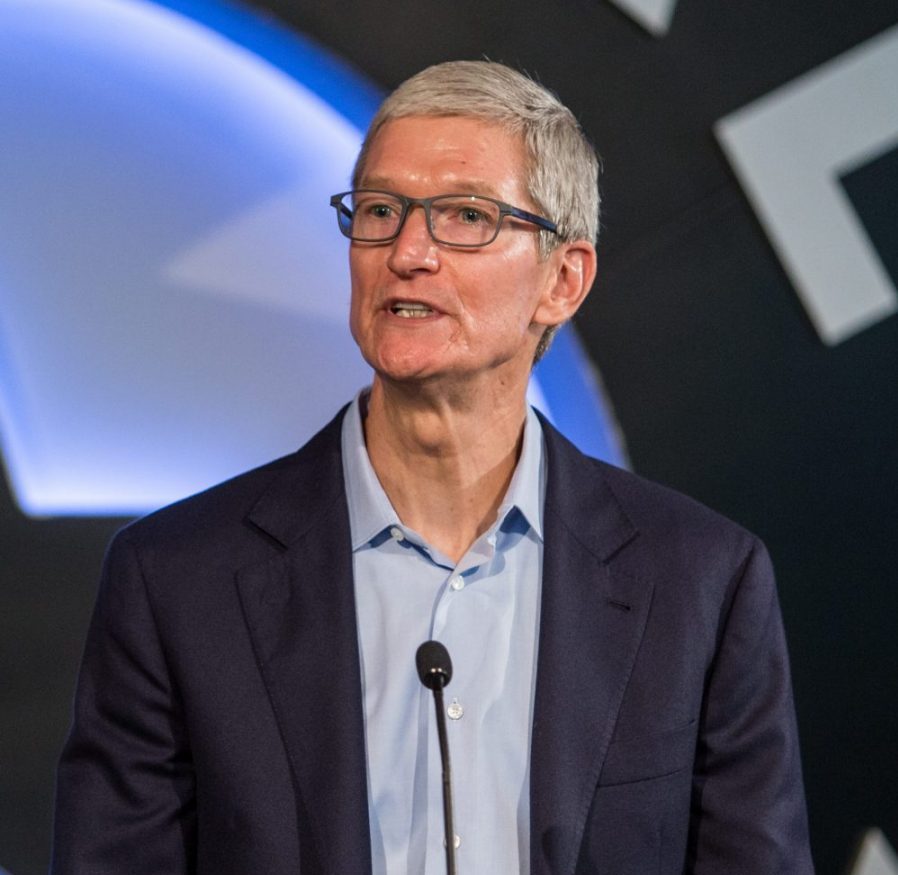 Much ado about Tim Cook’s Package

Earlier this year, Apple disclosed in a proxy filing with the Securities and Exchange Commission (SEC) that Tim Cook is expected to receive $82.3 million in stock awards in addition to his $3 million annual salary and other compensation, for a $98.7 million package total – up from $14.8 million in 2020.

According to the ISS, “half of the award lacks performance criteria.” The ISS is particularly concerned that Apple did not offer information on prospective post-2021 awards in the pay package. Given that Tim Cook will be eligible for retirement treatment one year from the grant date,” ISS concluded, “the retentive value of the award is low.” Cook’s award would continue to vest in its entirety if he retired.

According to a January filing, Tim Cook’s salary was 1,447 times that of the average Apple employee. The company said in a proxy statement that Cook’s stock award is the first since he took over as CEO shortly before Steve Jobs’ death in 2011.

A company’s shareholders voting against proposals isn’t an everyday scene. In 2021, investors rejected executive compensation packages at AT&T, General Electric, and Intel. A lot of times, however, these moves were symbolic, as boards do not have to alter the rejected compensation packages.

Board Likely to Sub the ISS

The SEC regulators firms like the ISS which give recommendations to shareholders and investors on how they should vote. However, Apple’s shareholder votes are purely advisory and don’t compel the industry leader’s board to take action.

According to Daniel Ives, managing director at Wedbush Securities, Apple’s shareholders will likely ignore the ISS’s recommendation. The last thing Apple shareholders want is to make Cook unhappy. Without him, Apple’s share price would take a lasting plunge. “Compare what Cook’s done to the disaster of Zuckerberg and to other CEOs of similar stature,” Ives said. “The success of Apple is unparalleled.”