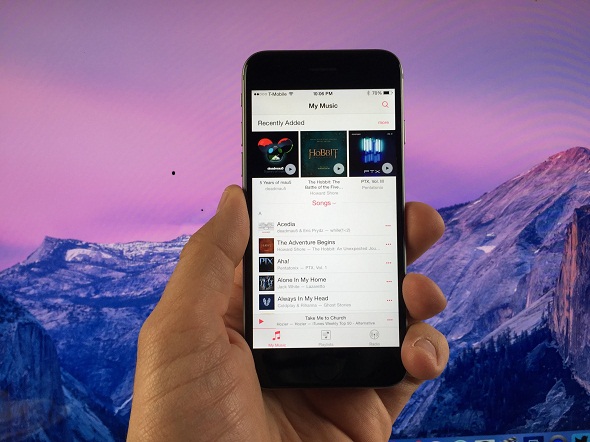 Apple, after its former two released versions, has come up with a big and new updated software – 3rd iOS 8.4 beta version. The recent and updated version of Apple offers a revived look with a new mini-player, engraved with features such as personalized playlists, global searches, UP Next and more. Apple describes its latest device’s version as the most powerful and elegant one than its ancestors.

The new design will make easy for users to navigate and browse through their music playlists, allow viewing pictures of their favorite music artist. Users can stream music using AirPlay without putting on now playing mode.

Apple Developers can get new beta version from the iOS development center. The company is planning to make an appearance of its new streaming services, along with its new iOS 9 and iOSX10.11 devices at Worldwide Development Center by the next month.

Apple is planning to make the streaming service price a competitive one for enticing and grabbing more audience to the market. The company agrees to serve the plan with $8 per month that is already cheaper than paying subscription charges to Rdio and Spotify.

Although, having 60 billion Apple users and 15 million paying customers, this will make easier for it to embed its music streaming services to millions of Mac, iPhones, and iPad users.

According to a source, Apple Inc. will be offering a one to three months -free trial period services to its customers. The music streaming services will allow users to upload music on their device, and will able to enjoy listening music they’ve downloaded from other source, which they haven’t subscribed.

Apple is not having essential licensing deals inked before WWD that is about to take place in mid of June 8-12. However, it was revealed by a source that Apple is planning to announce its new versions in WWDC by the next month.

Anna Domanska
Anna Domanska is an Industry Leaders Magazine author possessing wide-range of knowledge for Business News. She is an avid reader and writer of Business and CEO Magazines and a rigorous follower of Business Leaders.
« The unique EO Smart Connecting Car 2 can shrink and drive sideways to park in any tiny space
Alibaba Group to set up IT Joint Venture Deal With Dubai-Based Meraas »
Leave a Comment
Close