Apple posts its strongest third quarter ever, with a near doubling of profits and a huge revenue growth for its iPhone business.

Apple Q3 earnings are out! It is worth applauding that Apple reported a historically strong third quarter on Tuesday, including $81.4 billion in revenue growth, up 36 percent year over year, soaring past analysts’ estimates of an optimistic figure of $73.8 billion. The Cupertino company showed growth over 12% on an annual basis across all product categories – including the iPhone. Overall, Apple sales were up 36% from the third quarter last year. iPhone sales increased nearly 50% on an annual basis.

Apple stock was down over 2% in extended trading on Tuesday. It dropped after the tech giant warned on its earnings call growth in the fourth quarter due to the global chip shortages.

As we mentioned earlier, Apple Q3 earnings crushed analysts’ expectations. Here is a breakdown of what Wall Street (based on Refinitive estimated), was expecting from Apple’s third-quarter earnings versus how the company did for the quarter:

(Note: The Cupertino company’s 2020 fiscal year ended in September 26, 2020. Apple’s latest earnings report is for its fiscal third quarter, which coincides with the second quarter of the calendar year.) 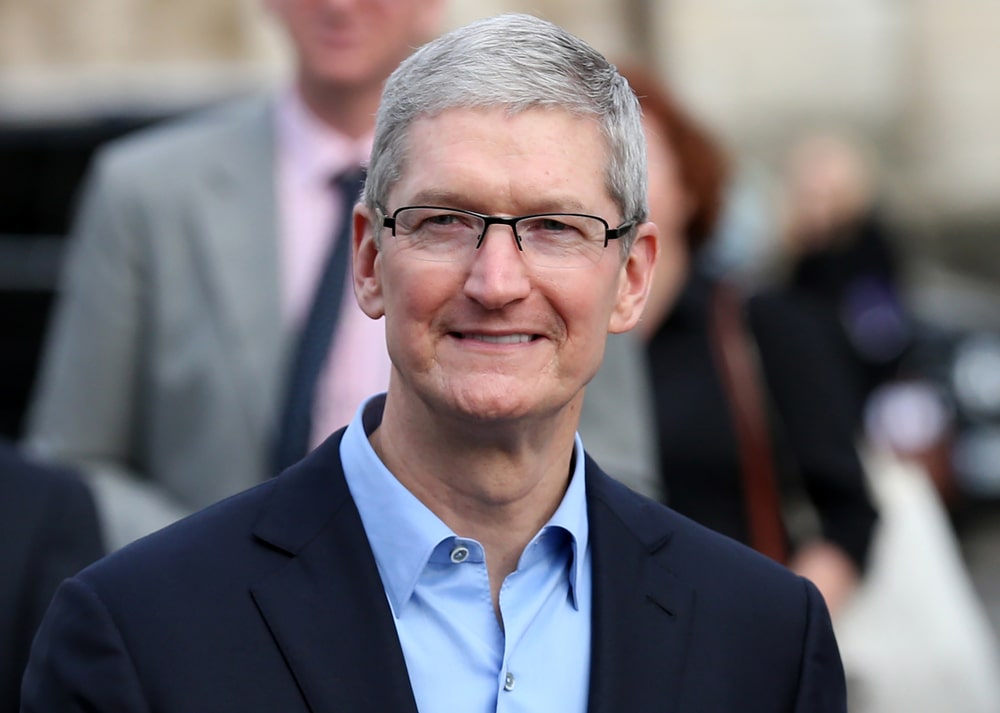 Apple CEO, Tim Cook, arrives for a Q&A with members of the Trinity College Dublin Philosophical Society and receive the Gold Medal of Honorary Patronage.

It should be worth noting that Apple’s business is highly season, meaning every year it sees a historic rise in sales during the holiday season. Despite post-pandemic blues, Apple revenue was the highest the company has ever reported in its third quarter. It comes as a huge surprise to Apple analysts who’ve labeled it as the slowest quarter of the year. Apple revenue was up 36% year over year, and every product line saw 12% increase year-over-year growth. Apple services revenue was up 33% year over year.

Apple iPhone sales alone rose 49.8% year over year, and account for 48.6% of total revenue. Hardware sales made up a majority of Apple’s third quarter revenue.

The company did not issue official guidance for the sixth quarter in a row and hasn’t since the beginning of Covid-19 pandemic. Apple Q4 2021 earnings report is estimated to be released on October 27, 2021.