Apple Plans to Set up Solar Power Unit in Nevada 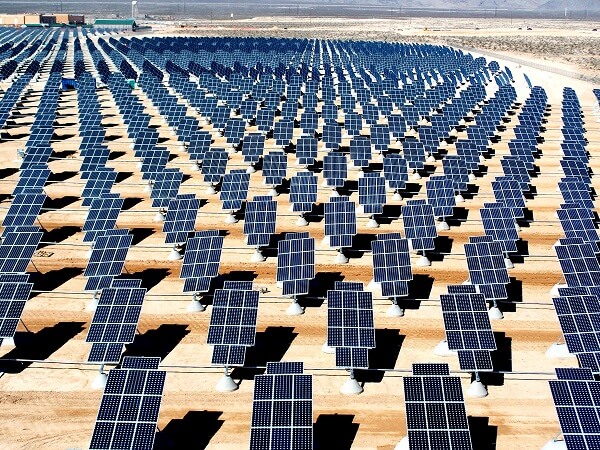 Solar Farm is the hottest trend in manufacturing these days. Many companies now have them. Setting up solar farm next to a factory means that the power doesn’t have far to go. Since power lines aren’t perfect conductors, having a power source hundreds of miles away means a lot of energy is lost during transmission. Of late Solar Farms are quickly becoming routine projects.

Apple is teaming up with Nevada utility NV Energy to build a solar farm to support its data center in Reno, Nevada. This would be Apple’s third solar farm, following the two currently in construction next to its North Carolina data center.

The new photovoltaic power source, to be built in partnership with NV Energy, will pump 43.5 million kilowatt hours per year into the grid that will power the data center. The farm, called “Ft. Churchill Solar Array,” will be capable of providing between 18 and 20 MW to the data center.  NV Energy plans to combine photovoltaics with concentrated solar-power mirrors, meaning the facility will supply energy at night as well as during the day. Until the array is complete, Apple will power its center with geothermal power from the local electrical grid.

Apple and other technology companies have come under criticism over the last few years for their high consumption of electricity and other resources. Since then more emphasis has been given to environmental progress in their website.

According to Apple, they are “currently on track towards achieving an ambitious goal: to power every Apple facility entirely with energy from renewable sources.” Apple also noted that, they’ve already reached this milestone for every data center that provides online services to their customers, including at Maiden, North Carolina, and they’ve also reached 100% at facilities in Austin, Cork, and Munich as well as at their infinite Loop campus in Cupertino. Overall, they’re at 75%, a 114% increase since 2010, and the latest installation in Reno, Nevada, is surely only going to push that number higher.

In a statement, Apple said data centers use 100 percent renewable energy and we are on track to meet that goal in our new Reno data center using the latest in high-efficiency concentrating solar panels. This project will not only supply renewable energy for our data center but also provide clean energy to the local power grid, through a first-of-its-kind partnership with NV Energy. Once completed, the 137-acre solar array would save fossil fuel equivalent to taking 6,400 vehicles off the road each year, company officials said.

The project is comparable to the 42 million kilowatt hours per year generated by the 100-acre, 20-megawatt solar farm that powers Apple’s mega data center in Maiden, North Carolina. It is powered by a solar array that produces 42 million kilowatt hour of low-carbon, renewable energy. The facility also uses biogas and “free” outside cold and a chilled water cooling system to cool servers 75 per cent of the time. The renewable energy produced by Apple onsite is enough to power 17,600 homes for a year.

The 137-acre solar plant in Reno will still require approval from state regulators.