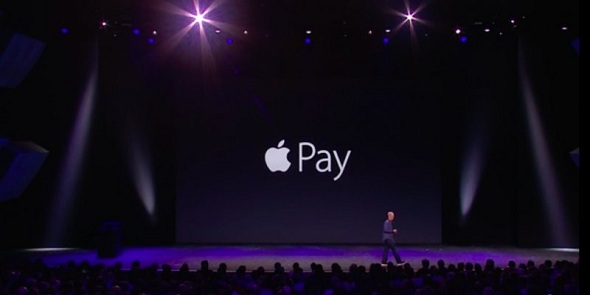 Apple Pay is a Near Field Communication-based mobile wallet app offering cashless payment in which users can save their debit card, credit card and bank account with Apple ID, and use them while shopping.

Apple Pay which was announced alongside the iPhone 6 last month is going to be available in Walgreens stores across the United States beginning Saturday, October 18, according to a leaked memo intended to inform Walgreens store managers.

“In preparation for the launch of Apple Pay on October 18, we would like you to cover the following material,” reads the memo. “Walgreens will be one of the participating retailers and we want to make sure that all your team members are prepared…”

Apple Pay is a Near Field Communication-based mobile wallet app offering cashless payment in which users can save their debit card, credit card and bank account with Apple ID, and use them while shopping. The service will be compatible with Apple’s upcoming iPad tablets, two new iPhones and next year’s Apple Watch. The document says customers who have compatible Apple devices will immediately be able to use the service.

“Security and privacy is at the core of Apple Pay. When you’re using Apple Pay in a store, restaurant or other merchant, cashiers will no longer see your name, credit card number or security code, helping to reduce the potential for fraud,” said Eddy Cue, Apple’s senior vice president of Internet Software and Services. “Apple doesn’t collect your purchase history, so we don’t know what you bought, where you bought it or how much you paid for it. And if your iPhone is lost or stolen, you can use Find My iPhone to quickly suspend payments from that device.”

According to the internal memo, Walgreens has decided to support Apple Pay because they want to spread the idea that the brand is America’s most-liked pharmacy health, wellbeing and beauty enterprise and the pharmaceutical giant wants to capture the attention of the teens, the next-generation consumers who are mostly prioritizing technology among other factors.

Currently there is no information about the exact number of Walgreens stores that will support the system, but the top pharmaceutical store is already operating in more than 8,000 outlets across the nation. In addition to Walgreens, during its September event Apple has also named retailers such as Duane Reade, Macy’s, McDonald’s, Bloomingdale’s, Disney Store and Walt Disney World Resort, Sephora, Staples, Subway, and Whole Foods Market as part of its mobile payments system rollout. Set to be exclusively available in the US at first, there is no word on when Apple Pay will make it to UK shores.

Anna Domanska
Anna Domanska is an Industry Leaders Magazine author possessing wide-range of knowledge for Business News. She is an avid reader and writer of Business and CEO Magazines and a rigorous follower of Business Leaders.
« Samsung claims a WiFi breakthrough, the incredible new technology can transfer 1GB in seconds
Trouble Brewing at Citigroup, Pulls out of 11 Countries, Co-President Medina-Mora Plans to Leave »
Leave a Comment
Close