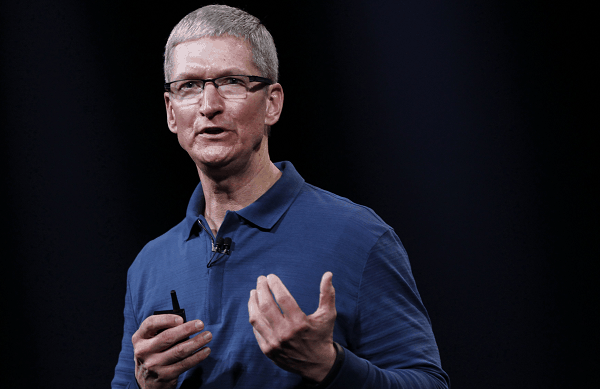 Increasing pressure from customer groups and authorities forced Apple Inc. to make a significant decision. On the 6th of December, Apple Inc. informed that it would produce some Mac computers in the U.S. The decision to move Mac production back to the U.S. after almost a decade of manufacturing them abroad was also driven by growing economic, social and political advantages of production in the motherland. Apple Inc. will invest approximately $100 million in 2013 to pursue its plans.

Apple Inc. has faced a rising wave of criticism as its foreign subcontractors have not complied with labor rights. Therefore the world’s most valuable company has been also pressured to bring back its production home.

Tim Cook, chief executive officer at Apple Inc., informed that production of a line of Mac computers would be moved back to the U.S. and as much as $100 million would be invested to do that. As it was underlined by him, Mac production in the U.S. would start in 2013. Further information on details of investment was not released by the company.

Apple Inc. had long produced parts in the U.S., but it decided to stop about 10 years ago. However increasing pressure to create more jobs in the U.S. forced Apple Inc. to reconsider bringing back production to the motherland. As the company sold almost 240 million iPods, iPads, Macs and other devices in the year ended in September and it is considered an inspiring example for other American companies, some analysts believe that the decision to move Mac production back to the U.S. will encourage other companies to follow the decision of Apple Inc.

It is worth underlining that Apple Inc. announced that only Mac production would be moved to the U.S., yet Macs now represent a rather small part of the world’s most valuable company’s business, accounting for approximately 20 percent of its approximately $36 billion in revenue in the last quarter. On the other hand, Apple Inc.’s hit devices, iPads and iPods, which account for as much as 70 percent of the company’s sales, will continue to be produced in emerging markets and by contract manufacturers including Foxconn Technology Group.

In the last several years there has been a visible trend of bringing production back to the U.S. by companies across various industries, inter alia, electronics and automotive, after years of manufacturing their products abroad. Due to lower energy costs in the motherland, salary increases in emerging markets, not to mention quality issues more and more American companies have been considering moving production of their products back to the U.S.

According to some analysts, companies are coming back home as it turns out that production in other countries is not as competitive as they thought it would be due to a lot of unintended costs. Therefore the U.S. seems to be more attractive. Yet there are still analysts, including Still Matt Sheerin, who believe that PC production in the U.S. is not reasonable.

But Americans request more products to be Made in U.S.A, and companies such as Apple Inc. cannot take the liberty of ignoring their customers.