Apple likely to launch a stylus along with the iPad Pro 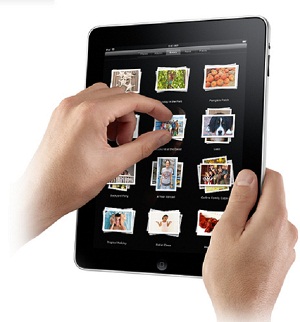 It is possible that the pen will be charged with a Lightning connector.

Apple is reportedly preparing to take a big step out of Steve Jobs’ prescribed path for touch screen computing. The tech giant is planning to launch a stylus alongside the gigantic iPad Pro, before the end of this year. The latest iPad Pro will be a larger version of the iPad with a 12.9-inch display.

The information comes from well-connected KGI Securities analyst Ming-Chi Kuo, who is also considered a reliable source. Kuo says that Apple has recently filed a number of stylus patents and might as well debut alongside iPad Pro.

In spite of several iPad-compatible styluses available, the one from Apple, according to Kuo, would improve the user experience of 12.9-inch iPad. The smart stylus would be “more precise than a person’s fingers,” making it “more convenient to use than the combination of keyboard and mouse in some cases.”

Kuo believes that Apple will be offering the stylus as an optional accessory for the iPad Pro, one that is aimed at providing creative’s and professionals much more control over their input options. Kuo also noted that stylus will probably be an optional add-on to not bump up the base price of the iPad Pro.

Apparently, the first genre of stylus will relatively be simple in technical terms. But in the next versions it might as well be equipped with additional sensors such as accelerometers or built in gyroscopes and 3D handwriting that would enable users to not just write on the screen but on any other hard surface or possibly even in the air. Kuo also said that it is possible that the pen will be charged with a Lightning connector.

“We don’t foresee significant sales of an optional stylus in 2015 and forecast unit shipments of 2-2.5 million,” Kuo writes. “But we believe that the stylus could improve the experience of users, however, and will likely help Apple develop specific customer groups such as the corporate sector and educational institutions.”

Kuo isn’t new to predicting what and when Apple is launching new products. He had rightly foretold that iPad Air 2 would feature a laminated screen with an anti-reflective coating, a Touch ID fingerprint scanner, a gold color option and A8 processor. He also predicted that iPad Mini with retina display would receive a minor update. He also managed to divulge detailed Apple Watch information.

If reports turns out to be true, styluses might get conceptualized as they would not be just alternatives for fingertips, but would likely add much more functionality to the tablets.

Anna Domanska
Anna Domanska is an Industry Leaders Magazine author possessing wide-range of knowledge for Business News. She is an avid reader and writer of Business and CEO Magazines and a rigorous follower of Business Leaders.
« Google Domains Open For Business In US, International Expansion Planned In The Future
Google said to be in talks to invest $1bn in SpaceX’s low-cost satellite internet service project »
Leave a Comment
Close