Apple has finally launched Apple News Plus – a service that offers magazines to the existing Apple News app, which currently offers iOS users free access to publisher content. Just like every other Apple offering, the Apple News Plus service is focused on offering trusted and high quality collections Apple considers to be essential for a magazine and news consumption app.

Much like the speculations surrounding Apple News service before its launch, the latest iteration of the Apple News app will integrate digital publications; newspapers and more than 300 magazines, which includes National Geographic, Billboard, Fast Company, Vogue, Men’s Health, The Atlantic, Esquire, The New Yorker, etc. Interestingly, Apple News Plus will be the only service offering all these contents in one app. Apple News Plus users will have access to over 5 billion articles every month, Apple CEO Tim Cook said on Monday in a press release. 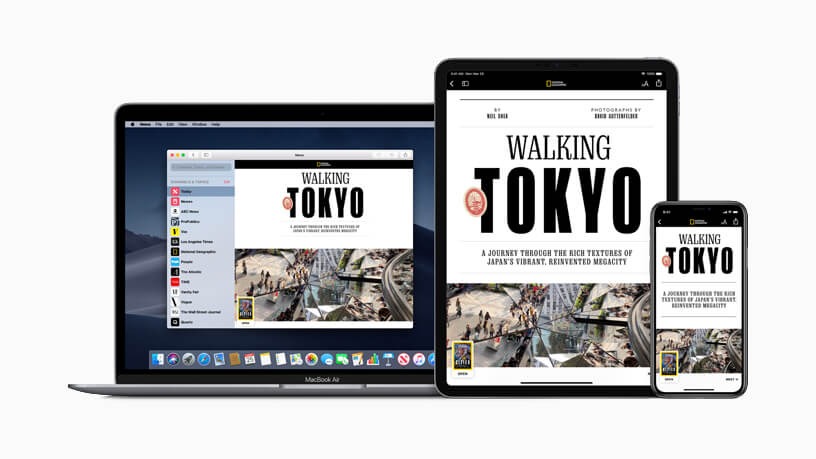 Apple News Plus subscribers will access a collection of contents based on editorial curation and personalized suggestions. Source: Apple

The Apple news app will also feature more visual works from journalism and interactive images, with all bundled in a paid tier. Apple News Plus will also include The Wall Street Journal and Los Angeles Times as kingpins from the newspaper business.

Designed in the same vein with other subscription services like Spotify and Netflix, the Apple News premium tier will offer a collection of paid content from several sources while charging users a single monthly fee. Apple News Plus service is much like Facebook’s Instant Articles which eventually became a flop. 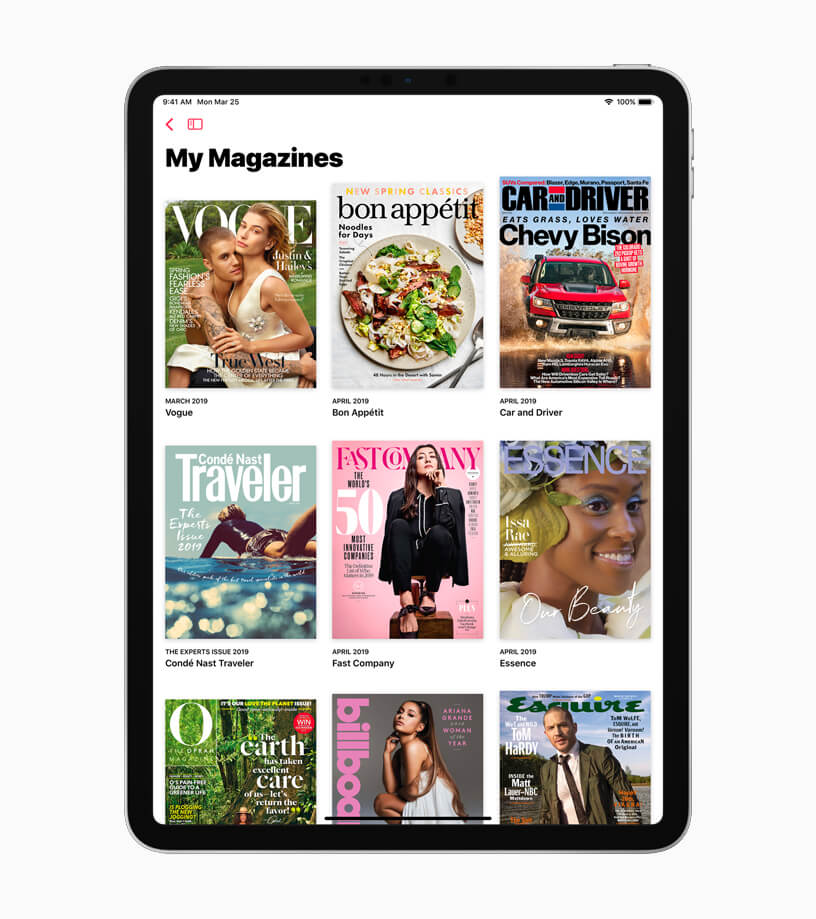 Apple News Plus users will have access to over 5 billion articles every month. Source: Apple

Apple News Plus launched today in the US and Canada. The service, which will offer the first month free, will be available via update to iOS and Mac devices. Users in the UK and Australia will receive the update later this year in the fall while Apple News Plus release date for the rest of Europe will be announced later.

It’s difficult to turn down Apple News Plus service offering considering all the benefits it has. And provided that Apple is not paying through its nose to access each of these magazines, Apple News app is subject to generate lots of revenue in the future for the tech company.

However, it’s not likely that these publishers would grant Apple access to win their existing consumers for a chicken fee. Apple said it won’t know what the service users are reading. In other words, advertisers can’t target readers based on their reading history.

There’s more to Apple News Plus we are yet to uncover if it’s not subject to joining the graveyard of Facebook’s Instant Access.

Anna Domanska
Anna Domanska is an Industry Leaders Magazine author possessing wide-range of knowledge for Business News. She is an avid reader and writer of Business and CEO Magazines and a rigorous follower of Business Leaders.
« Tesla rivals close to commercializing new lithium-ion battery technology
All the Apple Card cash back rewards and a major flaw »
Leave a Comment
Close

Moderna Inc., the Boston-based biotech startup, reported its fourth quarter and 2020 fiscal year results, where it announced that it hoped t...
1 day ago

Hyundai Motor says the vehicle recalls are expected to cost the company about 1 trillion won or an estimated $900 million. In South Korea, 2...
1 day ago