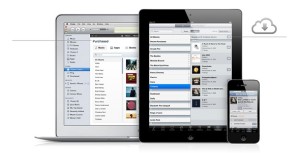 On Tuesday, Apple posted a new security warning for users of its iCloud online storage service amid reports of a determined effort to intercept customer information and other data from people who use the service in China.

“We’re aware of intermittent organized network attacks using insecure certificates to obtain user information, and we take this very seriously,” the computer-maker said in a post Tuesday on its support website. The post said Apple’s own cloud computing platform has not been breached.

Apple’s post did not specifically mention China or provide any details on the attacks but advised customers accessing the service to always verify that they’ve connected to an authentic iCloud website through a trusted browser.

Using what is technically known as a man-in-the-middle (MITM) attack, in which the hackers interposed their own website between users and Apple’s iCloud server to copy and steal passwords, iMessages, photos and contacts that users enter when they think they are signing into Apple’s service.

Greatfire.org, which conducts research on Chinese internet censorship, alleged that the Chinese government was behind the attack because they are hosted from servers to which only the government and state-run telecommunications companies have access. They are also similar to previous attacks on Google Inc, Yahoo Inc and Microsoft Corp’s Hotmail. But a spokeswoman with the Chinese Foreign Ministry said the country opposed any form of hacking.

Cupertino, California based Apple said in its post that the breach has not affected its users who sign into iCloud from their iPads or iPhones or on Mac computers while using the latest Mac operating system and Apple’s Safari browser. But the company’s support document goes on to stress the significance of digital certificates, advising that users who see an invalid certificate warning in their browser while visiting iCloud.com should not proceed further. Apple suggested users to make certain that a green lock symbol is perceptible in Safari and that the message safari is using an encrypted connection to www.icloud.com is shown when the lock symbol is clicked. Apple also has verification instructions for both Chrome and Firefox.

“If users get an invalid certificate warning in their browser while visiting www.icloud.com , they should pay attention to the warning and not proceed,” Apple said in the post.

Apple investigation says that hackers had gained users’ passwords through so-called phishing attacks or simply by guessing the answers to security questions that allowed access. The company said its servers were not compromised in that case.

Anna Domanska
Anna Domanska is an Industry Leaders Magazine author possessing wide-range of knowledge for Business News. She is an avid reader and writer of Business and CEO Magazines and a rigorous follower of Business Leaders.
« Is Digital Age Burying the Advertising Industry?
India basking in Spotlight after SoftBank invests $837 Million in eCommerce »
Leave a Comment
Close