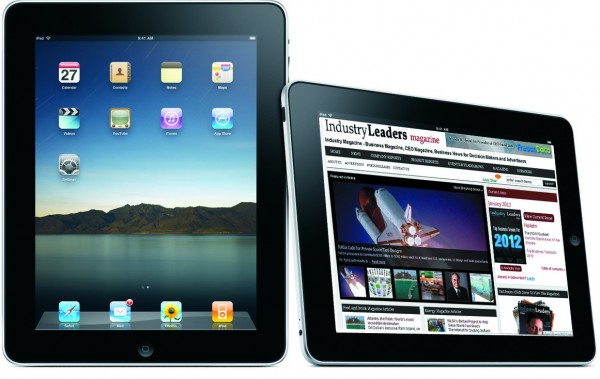 After all the rumors about the launch of iPad 3 or the next generation iPad between February and April this year, the new thing on everyone’s list is to find out what an iPad 3 would look like. No wonder, most of the news sites have been struggling to pull in as much information about the new iPad 3 as they can, to stay ahead of the competition.

As iPad 3 is one of the best selling and the most anticipated device of this year, it is quite obvious that people want to know what to expect for an iPad 3. It is rumored that the release date of Apple iPad 3 would be later this month. And thanks to scores of industrial magazines that industry leaders will be able to tell you ‘what an iPad 3 might look like?’

The iPad 3 was predicted to be just a bit thicker and would boast a high-resolution, retina display, screen based on new technology from Sharp. In fact the Techs & Specs suggest, a better screen was expected to be the key feature with the iPad 3, quite possibly a 2048 x 1536 display. There were also predictions that some of the most popular apps from Apple would have a higher resolution as well. That additional thickness should also include an A6 chip and — perhaps — a larger capacity battery. There was a possibility of LTE support, and Nikkei Business had “confirmed” such LTE support.

What to Expect of iPad 3?

The next generation iPad features seem to bank on Siri and iCloud and also the new iTunes with iTunes in the cloud / iTunes Match for  cloud-based storage of music, TV shows and movies. Well, it is being expected that iPad 3 features & specs would include an A6 Quad-core Processor and ample of new iPad apps like the upcoming Spotify iPad app, as stated in a business magazine.

Linley Group senior analyst Kevin Krewell is expecting the A6 to be a quad-core ARM Cortex-A9 design, which would be competitive with next year’s best mobile processors. In 2012, Nvidia will offer a quad-core Cortex-A9 processor, and Qualcomm will have the aforementioned MSM8960, a dual-core A15-class processor operating at 1.7GHz. Fabricating Apple’s A6 in 28nm (instead of the 40nm process Nvidia is using for its quad-core part) will reduce both die cost and power, yielding a much better product.

The new iPad 3 battery life is expected to be twice as long, with capacity going from 14,000mAH compared to 6,500mAH. iPad 3 battery life is obviously important to a good user experience, with the media-heavy consumption that happens on all iPad. You wouldn’t want to get off the couch and sit somewhere else to plug-in in the middle of an iTunes movie download or considerable Twitter session, would you?

Apple has already been granted copyrights on its fingerprint proof technology, and is working real hard to make the iPad 3 fingerprint proof. The touch screen will be coated with oleophobic materials, which will reduce the oil and fingerprints on the screen.

There have also been quite a lot of speculations that the iPad 3 might display the 3D view. But it seems too early to expect features like 3D display, even though there have been others providing the same.

Last month, the hedge fund manager suggested that only aggressive monetary tightening or a collapse in the economy will do the trick. He stated that the markets will recover if the
21 hours ago