The industry leader plans to invest in the construction of the two 200m-tall onshore wind turbines near the town of Esbjerg, Denmark.

Apple has announced plans to invest in the world’s largest onshore wind turbines in Denmark. The wind turbines located near the Danish town of Esbjerg will power one of the company’s data center in Viborg.

According to the company, the new wind turbines will also act as a test site for powerful offshore wind turbines. 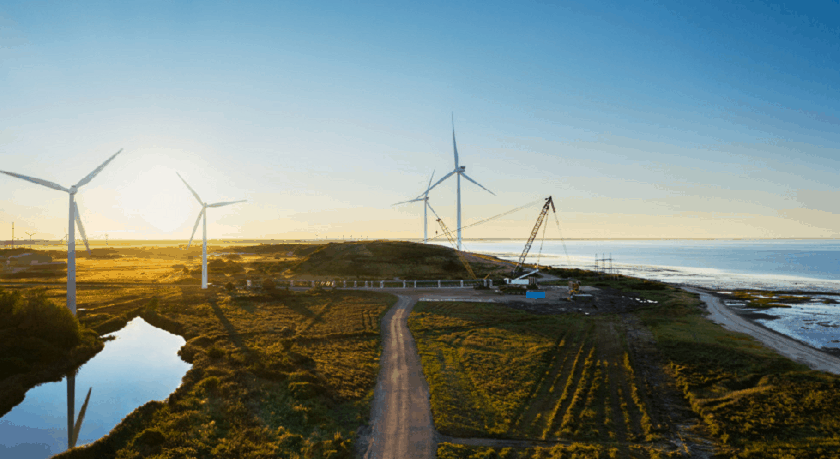 Located near the Danish town of Esjberg, the two onshore wind turbines could power 20,000 homes.

Apple’s latest investment is a testament to its plan to make its products and supply chain “carbon neutral.” The company’s vice president of Environment, Policy and Social Initiatives Lisa Jackson said the development in the Nordic country will help Apple deliver breakthrough innovations that bring clean energy and good jobs to businesses and local communities.

The tech industry has come under fire in recent years to account for the environment impact of its energy use. Apple’s commitment to renewable energy will help the industry leader rehabilitate its image after being named the “least green” tech company by Greenpeace in 2011. The crown was placed on Apple’s head mainly due to its heavy reliance (54.5%) on coal to power its data centers.

Last year, it won praises from Greenpeace for its turnaround success story. Since 2014, all of Apple’s data centers run on 100% renewable energy.

Apple’s latest investment in the onshore wind turbines will help advance its commitment of achieving a net-zero carbon footprint across its entire business and supply chains. The company aims to cut emissions by 75 percent by 2030 while developing innovative carbon removal solutions for the remaining 25 percent. 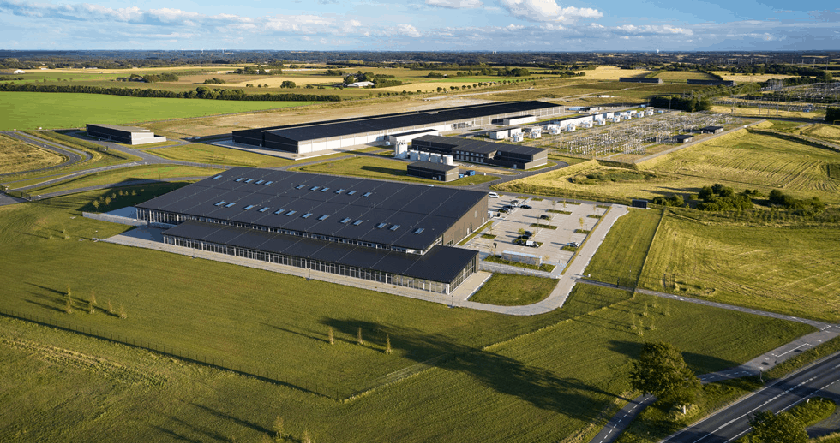 Located near the Danish town of Esjberg, the two onshore wind turbines could power 20,000 homes.

Apple, which has seen its market capitalization rise to over $2 trillion USD for the first time last month after a stock split, says that all iPad, iPhone, Mac and Apple Watch devices released in the past year are made out of recycled content.

The latest development also represents the tech sector’s interest in the European renewable sector. About a third of Denmark’s and 16% of Ireland’s electricity comes from wind energy.

Last month, e-commerce leader Amazon announced plans build a new 115-megawatt wind farm in Ardderroo, County Galway to power its data centers in Ireland. It is expected to have over 20 large wind turbines and will begin operating in 2022, doubling the industry leader’s energy production capability to 229 megawatts, equivalent to powering 185,000 Irish homes.

Microsoft has also pledged to be carbon-neutral by 2030. In 2017, it announced a new wind energy agreement in County Kerry, Ireland. Not to be outdone, Google has invested in renewable energy projects in Belgium, Denmark, Finland and Sweden.

Denmark is keen to position itself as a world leader in renewable energy technology. Over a third of the country’s energy productions comes from wind turbines, according to the Danish Energy Agency.