As part of its billion-dollar initiative which supports Make in USA, Apple announced it has awarded $390 million in investment to chipmaker Finisar. The investment follows a $200 million Corning investment made earlier this year.

The award will enable Finisar to exponentially increase its R&D spending and high-volume production of vertical-cavity-surface-emitting lasers (VCSELs) used in iPhone X and the proximity-sensor inside AirPods. All of the VCSELs purchased by Apple from Finisar will be made in Texas.

VCSELs power some of Apple’s most advanced features, including Face ID®, Animoji™ and Portrait mode selfies made possible with the iPhone® X TrueDepth™ camera, as well as the proximity-sensing capabilities of AirPods®. 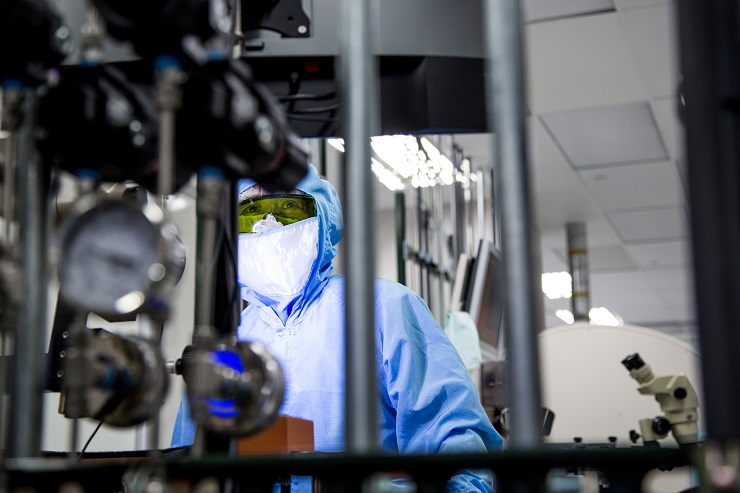 Finisar workers have to wear specialized gear in the VCSEL manufacturing area to avoid contaminating the wafers.

Finisar, a leading manufacturer of optical communications components rose to prominence in Apple’s supply chain in 2017. All thanks to the iPhone X, which uses VCSEL components for the front 3D depth sensor. Apple has been using VCSEL from Finisar in AirPods since late 2016, which detect when a user inserts and removes an earbud.

In a statement, Apple COO Jeff Williams said Apple looks forward to its partnership with Finisar:

“Technology is only as good as the people behind it, and Finisar is a company with a long history of putting its employees first and supporting the community it’s a part of. We’re extremely proud that our involvement will help transform another American community into a manufacturing powerhouse.”

Apple is said to be working on a high-end iPad which will come out in 2018. It is expected to adopt many of the design elements from the recently introduced iPhone X. The 2018 iPad is likely to be a “Pro” model, and will reportedly not have the infamous Home button. 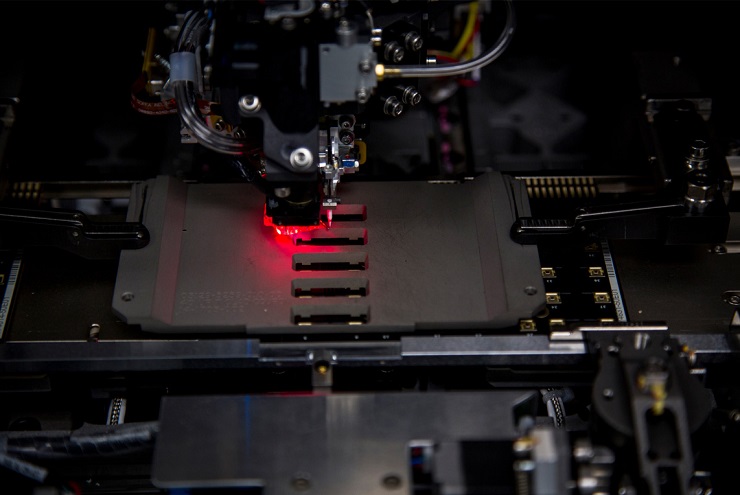 An assembly tool on the Finisar manufacturing floor.

According to a rumor which surfaced last month, Apple might make huge iterations to the HomePod. It is likely to sport 3D-sensing cameras which will support Face ID.

The $390 million investment will increase Finisar’s R&D and increase production volumes. The company plans to hire more than 500 high-skilled employees at its new 700,000 square foot facility in Texas. All of Apple’s manufacturing orders will be serviced by 100 percent renewable energy. The Texas facility is expected to go into operation in the second half of 2018.

Anna Domanska
Anna Domanska is an Industry Leaders Magazine author possessing wide-range of knowledge for Business News. She is an avid reader and writer of Business and CEO Magazines and a rigorous follower of Business Leaders.
« The Rise of the Robot Chefs in the Food Industry
3 Powerful Reasons Why We Don’t Make an Important Goal Happen »
Leave a Comment
Close

The German government is paying out billions of euros to energy companies EON, EnBW, RWE and Vatenfall in compensation for the closure of th...
9 hours ago

The Texas electric grid failure in the severe winter storms last month brought a windfall for the Bank of America in hundreds of millions of...
10 hours ago

Greensill Capital, a provider of supply-chain financing, is facing further trouble with Credit Suisse, the Swiss bank, withdrawing $10bn of ...
3 days ago

Another $15 billion in bailout funds is being considered for the hard-pressed U.S. airline industry by the US Congress, bringing a much-need...
4 days ago