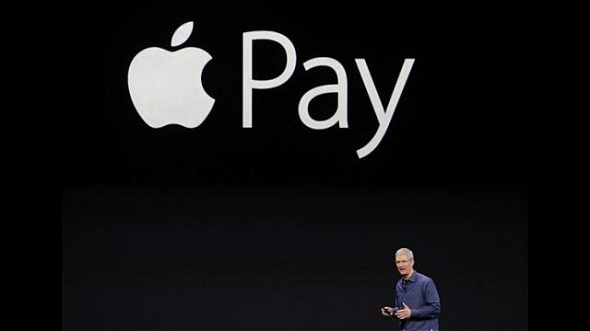 Apple Inc. is entering into a partnership with Alibaba Group Holding Ltd and Chinese banks to bring the firm’s mobile payment system in China. Apple’s CEO, Tim Cook stated in an interview to China’s official Xinhua news agency that the tech goliath desires to bring Apple Pay in China, and added that he is very optimistic on Apple Pay.

Apple Pay was launched in United States last year in the month of September. It allows customers that are using Apple devices to purchase goods by holding the device up to the readers’ installed by store merchants. The Apple Pay handle transactions, compared to all other contact less payment methods combined and has observed a great momentum, as claimed by Apple.

Tim Cook believes that Apple Pay can take off to more fast in China.

In October, Jack Ma, Alibaba executive chairman said that the Chinese e-commerce giant was open to working with Apple on its Apple Pay platform. Alibaba has affiliated that Alipay, which is China’s largest payment service. Sources noted that analysts are expecting China to take over the American market and admitted to become Apple’s biggest market in America.

China has become a crucial market for Apple. A source revealed that Apple is selling more iPhones in China than in US. For the first time, Apple in its fourth quarter of the year has sold more iPhones in china, compared to United States.

During Cook’s visit to China, he told Xinhua that Apple is currently having 22 stores in China, and the firm wishes to add 40 stores more in China by next year. He added that he wants to focus on Apple Pay’s entry along with environmental initiatives to protect forests.

It is assumed that Apple is going to face quite a few challenges in China, as the country is having a large number of smartphone users.

As of now, Apple Pay is working on near-field communication, a wireless system, which allows customers to pay with credit cards by simply tapping on the reader’s screen.

Union Pay- China’s state-owned credit and debit card operator is dominating the payment process of NFC. The Union pay sets the transaction fees that could be possibly a hurdle for Apple in China.

Talking about Apple’s partnering with Alibaba, that own the mobile payment system – Alipay that uses different methods for scanning like scanning a special barcode, also incorporates various authentication methods, like taking a selfie to authorize a payment source.

Currently, the exact details of partnering between Apple and Alibaba are unknown, but it is assumed that by amalgamating the two giants will give solid pathway into mobile payment market in the world’s second largest economy.

Christy Gren
Christy Gren is an Industry Specialist Reporter at Industry Leaders Magazine she enjoys writing about Unicorns, Silicon Valley, Startups, Business Leaders and Innovators. Her articles provide an insight about the Power Players in the field of Technology, Auto, Manufacturing, and F&B.
« The unique EO Smart Connecting Car 2 can shrink and drive sideways to park in any tiny space
Alibaba Group to set up IT Joint Venture Deal With Dubai-Based Meraas »
Leave a Comment
Close

Thomas Zurbuchen revealed that seeing the deepest image of the universe for the first time will be akin to witnessing nature “giving up secrets that have been there for many, man
12 hours ago

The SEC said that EY had earlier been intimated about the potential of staff cheating on accountant exams by an employee. Furthermore, even after an internal EY investigation confi
16 hours ago