First Apple Data Center in China All Set to Function

Hulu is trying to compete with Netflix. Amazon Prime is trying to take on Netflix. Facebook is going after Amazon Prime. YouTube looks to enter the streaming game to compete with all three. Wait… looks like there’s a new rival on the block. Tim Cook led Apple Inc. is about to give you a great reason to cancel subscription to all the aforementioned services. The Cupertino giant is spending $1 billion to ‘procure and produce’ original and acquired content in the name of TV programming over the next year.

According to people familiar with the matter, Apple plans to buy and produce as many as 10 television shows with the money. It is believed to be creating original, high-quality content on Apple’s music streaming service or a brand new video-centered service. Apparently, Apple SVP Eddy Cue has ambitions to offer shows that rival HBO’s Game of Thrones. 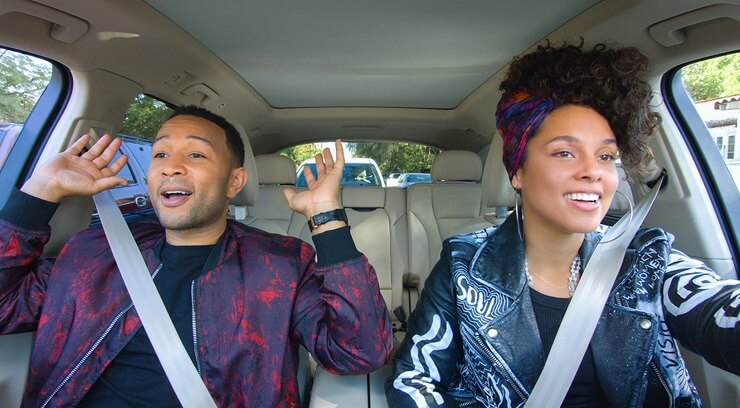 Carpool Karaoke: The Series will feature many of today’s biggest stars, including Michael Strahan and Jeff Gordon.

Let’s face it, Apple’s initial attempt hasn’t exactly been triumphant. Despite concerted efforts, shows such as Planet of the Apps and Carpool Karaoke failed to stand out. Moreover, the reach of the shows has been limited to users with Apple music subscriptions.

What lies ahead of TV Programming?

With a large war chest and premier talent in the video programming division, it is likely the quality of Apple TV programming will go head to head with that of HBO’s or even Netflix and company. The staggering budget will soon be handed over to Hollywood veterans Zack Van Amburg and Jamie Erlicht, who joined Apple earlier this month. Both the execs have begun meeting with agents and have had talks about acquiring a couple of shows.

Can Apple make a move against Netflix and Amazon, both of which have key showrunners in their turf?

Apple Inc. will need at least one huge hit to emerge as a prominent player. Considering Netflix and Amazon have had head starts and bigger budgets, Apple will need so much more to milk its video offering.

It’s not clear yet how the new shows will be released to Apple customers. Also, a new Apple TV set-top box will launch later this year with support for 4K output. The latest set-up box will be announced alongside the new iPhone and Apple Watch models.

Apple aims to double its service business, which includes Apple Store, Apple Pay and Apple Music to $50 billion by 2020.

Anna Domanska
Anna Domanska is an Industry Leaders Magazine author possessing wide-range of knowledge for Business News. She is an avid reader and writer of Business and CEO Magazines and a rigorous follower of Business Leaders.
« Being a leader, it is your responsibility to promote teamwork
Former Tesla Exec to Build a $4 Billion Gigafactory in Europe »
Leave a Comment
Close