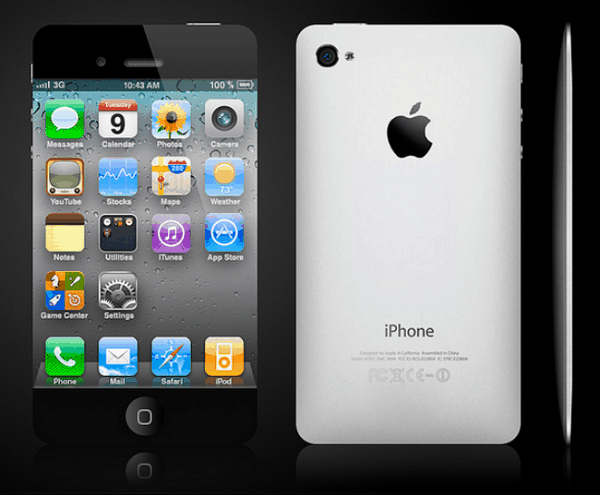 On 12th September, as mentioned in our earlier article, Apple Inc. has unveiled its latest product New iPhone 5. At the official New iPhone5 unveiling the company announced that Apple Inc.’s sixth-generation smartphone would be released on 21st of September, just only one week after its official premiere. At the New iPhone 5 event the already-legendary company introduced its the thinnest, lightest, fastest smartphone it had ever produced.

The new iPhone 5 official unveiling introduced the most – awaited Apple Inc.’ smartphone, which has a new processor and a new design that is approximately 7.6 millimeters thick. The New iPhone 5 launch, however, was not a big surprise after all rumors, photos and video which had been circulating in the last weeks. According to analyst there are some surprises to be found in the latest Apple Inc.’s smartphone.

One of those surprises is the A6 processor, which is said to be twice as fast as the iPhone4s chipset. It offers twice the graphics performance, according to Apple Inc.

The new 4-inch display is not only bigger but it is better as well, and has approximately 44 percent color saturation compared to Retina display.  New iPhone 5 also includes new noise cancellation technology with three microphones!

The new iPhone 5 battery will last longer than the one used in iPhone 4s which will be practical for its users. New iPhone 5 also includes camera that can capture 8-megapixel images as well as take better low-light photos while providing 40 percent  faster photo capturing.

All those features of New iPhone 5 will make it a biggest sales hit! Yet now we have to wait for the announced release date of the new Apple’s smartphone.  At the official unveiling of New iPhone5 Apple Inc. confirmed that the newest smartphone launch would take place on the 21st of September in the U.K. and U.S. simultaneously. At last the release date of New iPhone 5 was confirmed after months of rumors and analysts reports. Apart from U.K and U.S consumers on the 21st of September also Apple fans from Canada, France, Germany, Australia will also be able to snap up the new and fresh New iPhone 5. Not to mention Japan, Hong Kong and Singapore which will be the first Asian countries to see the iPhone 5 launch in just a week from the official unveiling.

It is hard to predict New iPhone 5 sales. However, according to Wall Street analysts, Apple might sell even as many as 23 million of its new flagship smartphone. As it was stated by analysts with Piper Jaffray, the 23 million number might be on the low end of estimates. New iPhone 5 sales of 6 million to 10 million in the final week of September are highly likely, according to Piper Jaffray!

Those numbers are impressive but they might be not possible to achieve especially when Apple Inc. has to compete against Amazon.Com Inc., Google Inc. and Microsoft Corp.! Apple Inc.’s officials are convinced, however, that no one and nothing can wreak havoc its new iPhone 5! Tim Bajarin noted:  “When you touch it, it almost feels like fine jewelry, it’s so well-crafted. People are going to realize once they touch it that this is not the same iPhone that has been on the market for the last five years.”