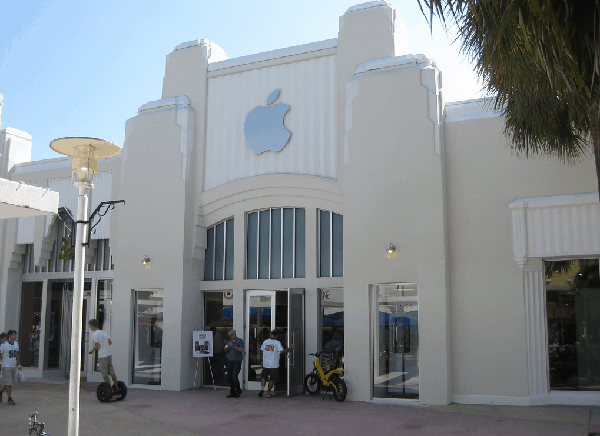 Apple Inc., the California-based company, paid an income tax rate of no more than 1.9 percent on its overseas earnings in the fiscal year ended September.

The technology company’s financial statement filed in October revealed that Apple Inc. paid over $700 million in tax on overseas earnings of roughly $36.8 billion in the fiscal year ended on the 29th of September. Combined data showed that Apple Inc.’s foreign earnings grew more than 50 percent compared with the previous year, when the company earned no more than $24 billion overseas and paid income tax of about 2.5 percent. The noticeable fall in Apple Inc.’s tax rate from 2.5 percent to 1.9 percent came as the world’s most valuable company sold as many as 125 million iPhones, 58 million iPads and approximately 13.5 million MacBook laptops.

As for the taxes in the United States, Apple Inc. paid approximately $12 billion in federal taxes and roughly 1 billion in state taxes. Apple Inc.’s overseas tax rate compares with the general US tax rate of as much as 35 percent. Certainly the world’s most valuable company generates much of its profits outside the United States where taxes are lower. However these profits are also stuck there because if they were sent back to the mother country, so-called process of repatriation would start.

Even though Apple Inc. has to pay some taxes on profits to the country in which it sells devises, the California-based company reduces these taxes by using different moves to transfer profits to countries with low tax rates. Yet keeping taxes low is not easy even for Apple Inc. as the stashing cash offshore is not that simple. In order to get tax rates down, Apple Inc. had to build a net of subsidiaries in countries where the corporate tax rate is low. Due to this net Apple Inc. is able to send funds between them to reduce the company’s liabilities.

In such a case the strategy known as “Double Irish With a Dutch Sandwich”, which allows to transfer profits through both Irish and Dutch subsidiaries to tax heavens, is commonly used. And the California-based company takes advantage of the strategy. The world’s most valuable company uses its two Ireland-based affiliates, Apple Operation International and Apple Sales International. Apple Inc.’s profits go through the Netherlands to tax havens located in the Caribbean.

However Apple Inc. is not alone when it comes to using legal techniques to minimize taxes by using nets of subsidiaries and sending profits to tax heavens. It is a common practice.

According to data, five technology companies, including Facebook Inc., Amazon.com Inc., and eBay Inc., avoided paying as much as £850m (€1,057m) in corporation tax last year. Recently Starbucks Corp. has been subject to strong criticism after it turned out that the coffee giant paid approximately £8.6 million in corporation tax in 14 years of doing business in the UK and what is more it did pay nothing in last three years.

Tax avoidance is nothing new and people should not be surprised that big corporations, including Apple Inc., Amazon.com Inc. and Starbucks Corp., take advantage of legal taxes to pay less. They just simply get around by building complex global structures using offshore tax heavens.

Anna Domanska
Anna Domanska is an Industry Leaders Magazine author possessing wide-range of knowledge for Business News. She is an avid reader and writer of Business and CEO Magazines and a rigorous follower of Business Leaders.
« Sony Redesigns PlayStation Store
End of Suzuki’s American Dream »
Leave a Comment
Close

Inflation is chasing the investors and policy makers at a speedy rate. CPI increased by 7% in December, 2021, the highest since June, 1982.
53 mins ago