Apple Inc. on the Verge of Buying Beats for $3.2 Billion

According to Matthew Garrahan and Tim Bradshaw of the Financial Times, Apple is on the verge of making its largest acquisition ever by buying Beats Electronics, co-founded by Dr. Dre for $3.2 billion. The deal is said to be announced latest by next week and according to some people within the management familiar with the discussion, it has yet to be finalized which will be done after a series of pending negotiations. 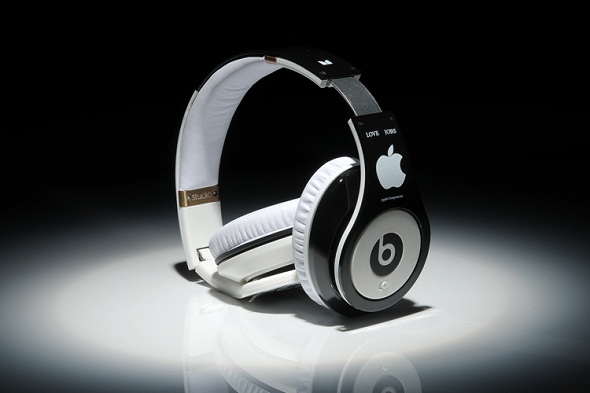 Beats other than being a high-end headphone maker has also broken into the market this year for subscription music streaming-services, for $10 per month. If the deal materializes, Apple will be able to acquire its streaming music business along with the hardware division – which includes headphones and audio equipment. Beats management team will be reporting to Apple CEO Tim Cook.

It has been a decade since Steve Jobs transformed online music industry with the release of iTunes download store and the iPod. Several Apple Executives have agreed that Apple needs to revamp and have an extended product line-up. Internal emails which were released during the recent infringement patent lawsuits, revealed Apple’s marketing chief Phil Schiller changing its ad agency after the success of Samsung’s ‘next big thing’ campaign.

With Beats Headphones featured within the Apple stores, Apple has long maintained a flattering relationship with Beats. Some estimate that Beats music streaming business could be a big part of Apple’s next strategy in the music industry. Beats online music streaming service, is said to have around 200,000 subscribers since it launched this year.

Beats, which was established in 2008 by Dr. Dre and Jummy Lovine, is known for its high-end headphones. The products have been criticized widely, as being headphone with very little substance and being sold solely due to celebrity endorsement that comes with it. However, the brand is holding the biggest share in the market in spite of being over-priced.

Earlier HTC used to have a dominating position in Beats Electronics, but the company has since sold its stake in favor of smartphone marketshare and stock prices. In case the deal is finalized, HTC would have profited by $1.29 billion.

Apple’s biggest acquisition till date is for NeXT computer manufacturer and its NeXTstep OS in 1996 for $429 million.

During a conference call last month, Tim Cook said that “From an acquisition point of view, we have done 24 in 18 months that shows that we’re on the prowl, I suppose you could say.”

“We’re in a race to make the world’s best products, that really enrich people’s lives,” Cook stated. “So to the tune that acquisitions can help us do that — and they’ve done that and continue to do that , then we will acquire. And so you can bet that you will continue to see acquisitions and some of which we’ll try to keep quiet and some of which seems to be impossible to keep quiet.”

Anna Domanska
Anna Domanska is an Industry Leaders Magazine author possessing wide-range of knowledge for Business News. She is an avid reader and writer of Business and CEO Magazines and a rigorous follower of Business Leaders.
« Microsoft has a smartwatch in the works, reveals a new patent
Obama Lays-Out Carbon-reducing, Energy Efficiency Proposal at Silicon Valley Wal-Mart on Friday »
Leave a Comment
Close

Greensill Capital, a provider of supply-chain financing, is facing further trouble with Credit Suisse, the Swiss bank, withdrawing $10bn of ...
52 mins ago