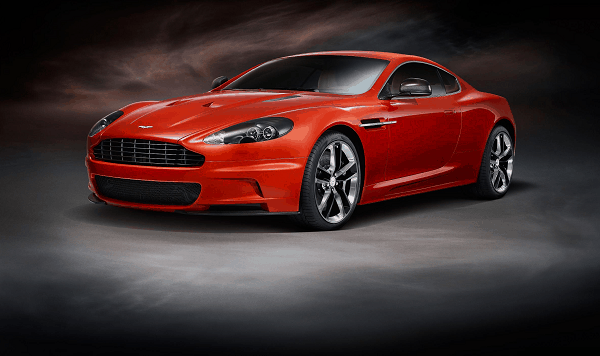 Apple Inc., the American technology company, has been named the coolest brand in the U.K., thus it took a crown from Aston Martin, which had been the “coolest” brand for the previous seven annual CoolBrands surveys.

Aston Martin – the luxury car, which is the best known as fictional spy James Bond’s auto of choice, has lost its first place on the coolest brands list to the Apple Inc., the American technology company which recently launched the New iPhone 5, as all fans of Apple Inc.’s smartphone are hogging stores just to make sure to put their hands on it.

But Aston Martin is not even second on the coolest brands list as the spot was granted to YouTube. The iconic car producer was placed on the third place; the survey placed Twitter fourth and Google fifth. The jury of CoolBrands surveys scored each brand for factors such as innovation, originality, style, authenticity, desirability as well as uniqueness ahead of the public vote. Therefore the results are decided by responses from 3,000 consumers as well as the panel of 39 experts.

This year’s results show that online as well as technology companies and its brands performed quite well as YouTube was placed the second simultaneously pushing James Bond’s Aston Martin into the third place. As for brands such as Twitter, Skype and Nikon, they were placed on the coolest brands list for the first time in an 11-year long history of the survey. This year’s results also surprised many of its followers as some luxury brands were pushed out of the top 20, including  Chanel, Vivienne Westwood and Alexander McQueen or even Maserati and Ferrari.

The big falling out, which included Maserati, Ferrari, Chanel, Vivienne Westwood and Alexander McQueen, is considered not to be so much surprising as analyst noted that the recession had changed the meaning of “cool” and at the same time it moved towards pleasures available for many consumers’ budgets.

As it has been also noted by experts, this year’s cool brands list is the most “affordable” one as 25 percent of placed brands are free to consumers; among those brands we will find YouTube, Google, Twitter, Skype as well as BBC iPlayer. Next 15 percent of listed coolest brands cost less than £10, including Haagen-Dazs, Ben & Jerry’s and Vogue.

According to Stephen Cheliotis, chairman of the CoolBrands expert council, “It is interesting that in this age of austerity our perception of cool has increasingly shifted from aspirational, luxury brands to free or more affordable brands that provide us with pleasure”. He noted, in addition, that the presence of the online brands such as like BBC iPlayer, Twitter, YouTube and Skype were good examples of that trend.

Moreover Paul Freathy, professor at the University of Stirling, has emphasized that this year’s coolest brands list reflects a type of “counter-culture” against luxury brands as well.

The Coolest Brands List started its activity in 2001. Since then the opinion of experts and consumers have been canvassed to obtain Great Britain’s coolest brands. Brands are qualified for inclusion which is based on the opinions of experts’ panel and member of the British Public. The experts’ panel consists of 39 “key influencers”, including Rizzle Kicks and Plan B and actor David Harewood.

This year both experts and almost 3,000 British consumers ranked a shortlist of 1,200 brands from more than 10,000 originally considered. Coolest brands have been scored for innovation, originality, style, authenticity, desirability and uniqueness as well. And still it is a big surprise that Apple Inc. has dethroned Ashton Martin.