Apple in a Tug-of-War with Samsung, Chinese Government 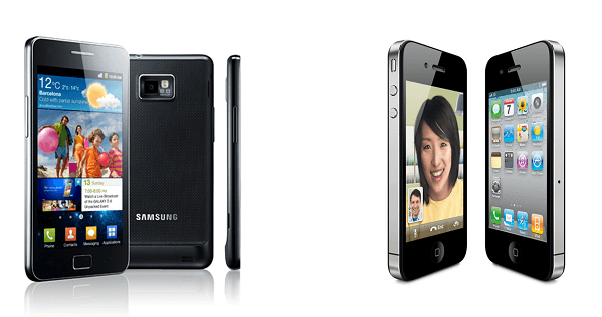 As cool as the iPad and iPhone are, not everyone thinks the company that makes them is equally impressive.

Samsung Electronics is working to impose a ban on the new iPhone 4S in Australia and Japan. The South Korean firm is currently in a patent battle with Apple, citing that Apple is violating patent rights and using Samsung’s technology. Apple, in return, is accusing Samsung of copying the designs of iPad and the iPhone. This Apple/Samsung battle of patents is expected to wage for a while, as Apple recently won a ban against Samsung’s new Galaxy tablet in Australia, and a similar case is going on in the United States. A ban is already in place in Germany. Apple is currently working on closing down online channels, so Australians can’t get the Galaxy tablet by ordering it through online electronics stores.

Those wins for Apple come at an inopportune time for Samsung, as it is set to release its Galaxy Tab 10.1 on November 2. The Australian ban means that the country may not be able to see the new tablet. If a ban goes through in Japan or the United States, it could mean that the Galaxy Tab could disappear from shelves as quickly as they appeared. Although the bans in Germany and Australia are temporary, there’s now news as to when either of them will be lifted.

However, Samsung isn’t the only Asian entity with something against Apple. Several reports have been released saying that the Chinese government is trying to suppress Apple’s supply chain. Environmental groups in China have accused Apple of ignoring the pollution of its suppliers. One report specifically alleges that 27 suspected Apple suppliers had severe pollution problems, from toxic gases to heavy metal sludge. In one case, the report said, a nearby village experienced a “phenomenal rise in cases of cancer.” Apple denies the accusations, saying that the company operates a strict auditing regime and keeps a close eye on all its suppliers.

It’s also been argued that the response of the Chinese government to Apple and the environmental groups is just a way for the government to target the tech giant as part of the trade war between China and the United States. This argument is supported by an incident that took place earlier this month, when Apple’s upstream chassis supplier Catcher Technology was ordered by the Suzhou local government to halt production at its facilities due to pollution complaints by local residents. The shutdown from the local government has generated massive speculation that other upstream suppliers, including Foxconn, TPK and Wintek, may also be forced to suspend operations in other parts of China.

Even with these obstacles, Apple posted a quarterly profit of $6.62 billion this week and a quarterly revenue of $28.27 billion. Only time will tell which groups will prevail.