Apple’s famed secrecy around the self-driving car had many of us believe that it may have shelved the project entirely. It seems we were all wrong, after all. Apple has shed some light on its secretive self-driving car project by posting its first publicly disclosed research on the autonomous vehicles. And so we believe, the project is in full throttle.

Apple computer scientists revealed how self-driving cars could spot pedestrians and cyclists while using fewer sensors, in what appears to be the company’s first publicly disclosed paper on autonomous vehicles. The paper by Yin Zhou and Oncel Tuzel was submitted on November 17, 2017, on the public site Arxiv. The site is often used by researchers to get preliminary feedback from peers at other organizations.

The proposed new software approach called “VoxelNet” will help computers detect three-dimensional objects. Autonomous vehicles use a combination of two-dimensional cameras and LiDAR to sense the real world around them. In order to figure out exactly what the object is, the autonomous vehicle must also rely on other sensors and cameras. The low resolution of the units make it difficult to detect small, faraway objects without help from a normal camera linked to it in real time. 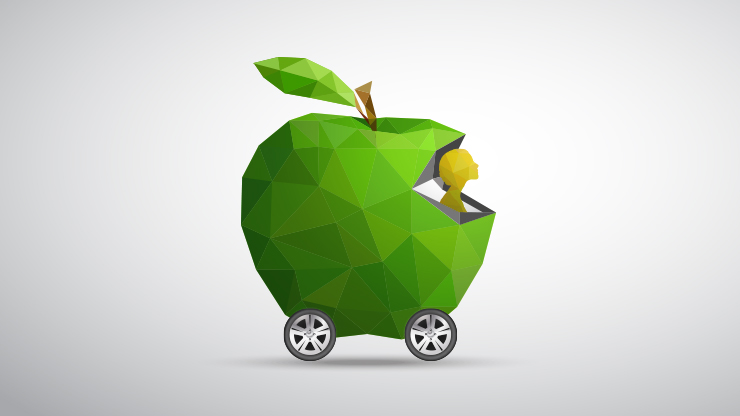 As appealing as the prospect of Apple car is, people aren’t going to trust a machine behind the wheel unless it can avoid obstacles it can’t see.

Apple researchers confer the VoxelNet software approach will yield “highly encouraging results” in spotting pedestrians and cyclists with just LiDAR. The approach was able to beat other approach for spotting three-dimensional objects that only use LiDAR data. Of course, the experiments were computer simulation and not road tests.

The Apple VoxelNet software approach could one day make autonomous vehicles both cheaper and safe.

Apple chief executive Tim Cook has called creating autonomous systems the “mother of all AI projects”. He also said how Apple is focused on systems from a core technological point of view. Does this mean that Apple is not creating the infamous Apple Car, after all? You never know! But what we do know is that Apple might be building a key software that will help autonomous vehicles operate without causing any hazards to pedestrians and objects on the road.

Last December, Apple requested federal authorities not to restrict testing of the driverless technology. In April, it filed a self-driving testing plan with California regulators.

Anna Domanska
Anna Domanska is an Industry Leaders Magazine author possessing wide-range of knowledge for Business News. She is an avid reader and writer of Business and CEO Magazines and a rigorous follower of Business Leaders.
« 2019 Aston Martin Vantage Could Be the Company’s Most Successful Model
Things Successful Leaders Do to Remain Unbeaten »
Leave a Comment
Close