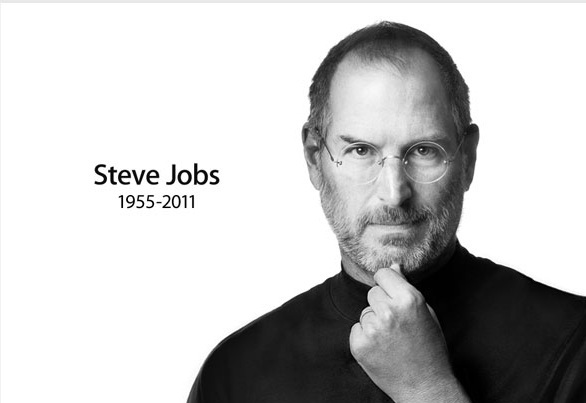 Iconic inventor and superior tech guru, Steve Paul Jobs (1955-2011), known the world over as the co-founder and former CEO of Apple Inc., died on Wednesday. Jobs was only 56 years old and had been ailing from a number of health complications, which were also speculated as being the reason behind his resignation as the CEO of Apple Inc., some months back.

Steve Jobs leaves behind a legacy that is as unique and as incomparable as the man himself. Jobs is credited to have changed the world thinks and feels about technology, taking it from the dark recesses of science labs out into the hands of every child and adult. Steve Jobs, in short, was the man who made technology fun, cool and easy to use.

Some of the brightest stars in the field of technological development have been Jobs’ creations. From the groundbreaking iPhone that became a hit with every businessman, housewife, fashionable teen and tech-savvy grandparent, to the all-encompassing iTunes, which changed the way the world accessed, bought, collected, downloaded and listened to music, Steve Jobs truly revolutionized the way technology and gadgets became a part of everyday lives.

Grief and remembrances have been pouring out from every corner of the world, ever since the news of Jobs’ passing became public. United States President Barack Obama said, “The world has lost a visionary. He changed the way each of us sees the world”. Tim Cook, Steve’s successor as CEO at Apple said, “Apple has lost a visionary and creative genius, and the world has lost an amazing human being. Steve leaves behind a company that only he could have built, and his spirit will forever be the foundation of Apple”.

As the flags at the company’s Cupertino headquarters stand at half-mast, the company website bears a dedication to the great visionary and thousands of fans pour out to his home in California and Apple stores around the world, Apple Inc., plans an event not to grieve Steve’s death but to celebrate the phenomenon that was his life. Tim Cook said, “We are planning a celebration of Steve’s extraordinary life for Apple employees that will take place soon. No words can adequately express our sadness at Steve’s death or our gratitude for the opportunity to work with him. We will honor his memory by dedicating ourselves to continuing the work he loved so much”.

Survived by his wife Laurene and four children, Steve Jobs is being mourned by millions all over the world, ranging from every industry to every community. To say that Steve Jobs was a global phenomenon would barely do the legendary inventor any justice.

The world has lost a true Leader.