Apple Funds Corning worth $200 Million to Produce Next Gen iPhones

It is no news that the smartphone market is booming with efficient innovations on a regular scale. Due to this, all manufacturing companies are striving hard to stand out in this cut-throat competition. Some companies claim to be easy on the pocket, whereas others try to sell on their dominant features. Despite all the debutant companies coming up in this market, there is a manufacturer which has created a brand identity for itself. We can safely say that Apple Inc. is one of the companies that rules the competitive market since a while. There was a time when only Apple offered the best features available in a smartphone. Now there are numerous companies that provide equivalent features at a comparatively affordable price. This has made Apple popular mainly as a status symbol. To prove its worth in the market once again, Apple funds Corning to improve iPhone durability.

Established more than 150 years ago, Corning Incorporated has earned itself an identity of being the world leader in terms of specializing in the production related to glass and ceramics. The company not only has tremendous experience but also keeps up with scientific advancements to manufacture products with the help of engineering knowledge. This gives us a clear idea as to why Corning was a logical choice for Apple. Apart from its expertise, Corning has also worked closely with Apple in the past. For almost a decade, both the companies worked together to produce a chemically strengthened glass, especially for the iPhone. This resulted in the manufacture of the Gorilla Glass, which is adapted by almost all smartphone manufacturers these days. 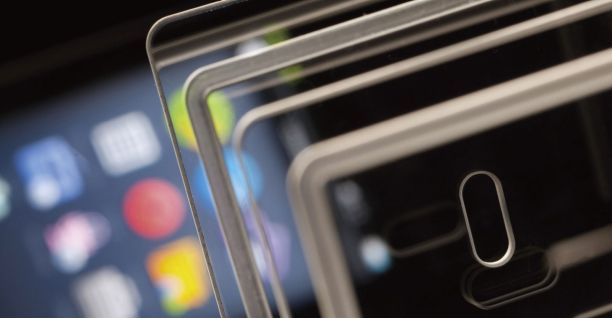 The news about Apple funds Corning was out on Friday.

Apple funds Corning and its motives

The news about Apple funds Corning was out on Friday. This was after Apple CEO Tim Cook announced last week that the smartphone giant has come up with a $1 billion fund to inculcate advanced manufacturing jobs in the U.S. Therefore this recent investment is also related to the fund declared recently. Apple further stated that the funding will be used for research and development in Corning. This will result in fulfilling the equipment needs of the company along with state-of-the-art glass processing. The company will develop its technologies further and not just produce the usual Gorilla Glass. The CEO of Corning, Wendell Weeks said that the Apple investment will benefit the company’s major production facility in Harrodsburg in Kentucky.

Both the companies are confident that after Apple funds Corning, they will make the most out of this investment. This is because the companies have worked together right from the time the first iPhone was produced. Also, these companies have created almost 1,000 jobs in the U.S. since 2007. Therefore it will be smoother for the companies to carry out work in synchronization. Even though Apple claims that this investment is for the production of better glass for iPhones and iPads, rumors suggest something else. A buzz is doing the rounds that through this deal, Apple might introduce wireless charging and augmented reality features in the iPhones. However impressive these rumors might sound, nothing can be confirmed as long as the company doesn’t justify the news.