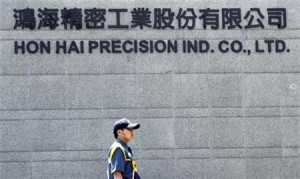 The world’s largest contract maker of electronic products by revenue, Hon Hai Precision Industry Co., has made its first investment in a solar-cell company by acquiring a 36.77% stake in debt-ridden Taiwanese firm E-Ton Solar Tech Co. for NT$4.04 billion (US$139 million) via a private placement. This makes Hon Hai the latest Taiwanese technology firm to seek higher profits by investing in the renewable-energy sector.

The rationale behind Hon Hai’s investment in solar power comes from the company’s need to boost output of the tablets and handsets it manufactures. 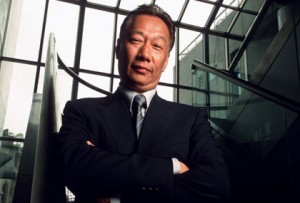 Hon Hai, the world’s biggest electronics maker and major supplier to Apple, Dell and Nokia, has been making some solar-power components for a while now, and has been considering expanding into the fast-growing solar-energy market for several years. Now, with its reported investment in E-Ton through four of its venture capital funds and a unit, Hon Hai has become E-Ton’s biggest shareholder.

As part of its plans to expand into solar power, Hon Hai is also in talks with Chinese renewable-energy conglomerate Yingli Group as well as other solar companies about possible cooperation or investments, a person familiar with the plan said.

Additional, Hon Hai also said earlier this week that it will invest US$144.52 million via its subsidiaries in China to boost production of cell phones and tablet devices.

Daiwa’s Huang said the investments indicate the strong demand for tablets and smartphones.

The Deal with E-Ton

Reports have quoted analysts as saying that Hon Hai’s expansion into renewable energy through its deal with E-Ton will boost its long-term growth prospects, but the new business won’t make any meaningful contributions to revenue in the immediate few years.

“The deal is a bargain for Hon Hai as it is buying E-Ton shares at a deep discount,” said Daiwa analyst Calvin Huang.

“I expect (Hon Hai’s) profitability to improve this year as its customers are willing to pay more to ensure stable supply amid rising component prices. Its effort to relocate production facilities to inland China will also pay off,” said Huang.

Hon Hai said in a statement its board approved a plan to invest US$49 million in a tablet-production facility and US$4.94 million in a cell-phone production plant, both of them in southwestern China’s Sichuan province.

The board also approved a plan to invest US$5.29 million in cell phone-production and sales in Jiangsu province.

Neslon admitted that gasoline, travel, food courts, and business centers performed exceptionally well, adding to the overall profits. The retailer hit an all-time high when it came
19 hours ago

Musk has been critical of Twitter’s free speech policies as he believes the social media giant is “the de facto public town square.” When the Elon Musk Twitter deal was annou
19 hours ago