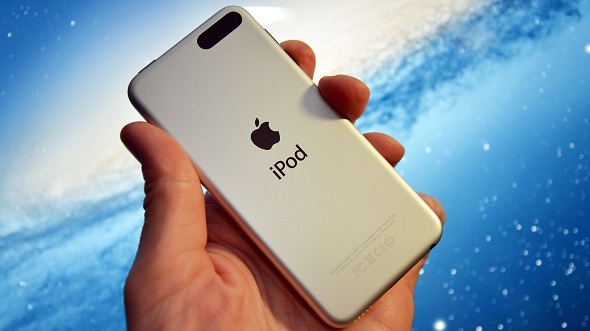 The 16GB iPod touch is now available in six vibrant colours and features a 5 megapixel iSight camera for just $199 (CAD).

In an unexpected move, the Cupertino tech giant has updated its iPod Touch product lineup with colorful new variants of the next-generation device for up to $100 cheaper. The updated models debuted in the U.S. on Thursday.

The 16GB iPod touch is now available in six vibrant colours and features a 5 megapixel iSight camera for just $199 (CAD). The specs on the entire iPod Touch remain the same with all featuring the A5 processor, brilliant 4 inch Retina display, 5 megapixel rear camera with 1080p HD video recording, and front facing FaceTime HD camera. It has also included support for the iPod Touch loop wrist strap, in which the strap will have to be purchased separately. iPod touch comes with an extremely thin and light anodized aluminium design and is available in various colours like pink, yellow, blue, silver, space grey and red. iPod touch comes in a 16GB model for $199 from $299 (CAD), 32GB for $249 down from $299 (CAD), and 64GB for $299 from $399 (CAD),making it quite a value. All the three models will be running iOS 7 and include Apple’s EarPods as part of the package. All variants with the reduced price are shown in stock at the Apple online store ready to be shipped within 24 hours. 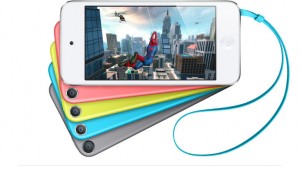 Apple claims 40 hours of battery life with audio playback and 8 hours of video playback with more than 200 features including camera app filters that let users to easily include real-time photo effects. Besides that, the Photos app provides ways to automatically organize the pictures based on time and location. With iCloud Photo Sharing, the pictures and videos can be shared easily with the user’s friends and family who can access their shared streams from any iPad, iPhone, iPod touch, PC or Mac at any given time. The entire iPod touch lineup can be upgraded to iOS 8 when the new OS will be available later this fall.

With the innovative App Store on iPod touch, users in over one hundred and fifty five countries have access to nearly 1.2 million apps for iPhone, iPad and iPod touch, including several hundreds of games. Users have downloaded more than 75 billion apps from the App Store. They also have the iTunes Store at their fingertips, which gives instant access to an impressive selection of music, TV shows, movies and books to buy and download directly to their iPod touch.

While the iPod products are not selling in the numbers like they used to be, it is big business for Apple as they still sell quite well for the company. Apple sold nearly 2.7 million iPods last quarter.

Accomplished comedienne and writer Tina Fey has described the imposter phenomenon as oscillating between extreme self-doubt and egomania.
15 hours ago