Apple says Epic Games is self-serving and has upset Apple's standing with its consumers and needs to be stopped.

Apple has filed a counterclaim against Epic Games saying the lawsuit filed in August by the gaming company and owner of the Fortnite game, was self-serving and damaging to Apple’s reputation.

It is seeking damages for allegedly breaching its contract with the iOS App Store. In the filing Apple claims that Epic’s “unjust enrichment and tortious interference with Apple’s relationship with its customers… and flagrant disregard for its contractual commitments and other misconduct has caused significant harm to Apple. Left unchecked, Epic’s conduct threatens the very existence of the iOS ecosystem and its tremendous value to consumers.”

Epic Games sued Apple in August, after the company’s hit game Fortnite was removed from the iOS App Store over payment issues. The reason for the fallout was the 30 percent fee Apple takes on digital transactions made via its iOS platform, including those made within Epic’s incredibly popular game Fortnite. To circumvent this, Epic Games designed its own payment system. Central to the issue was the bigger question of Apple’s monopoly on its App Store.

In the filing Apple called Epic Games’ “external payment runaround,” implemented via a “hotfix,” “cold-blooded” and “little more than theft.” It said Epic Games’ ensuing “Free Fortnite” campaign looked to twist the scenario into “retaliation” rather than Apple enforcing its contracted policies. Apple said it was part of Epic Games’ “self-serving narrative.” 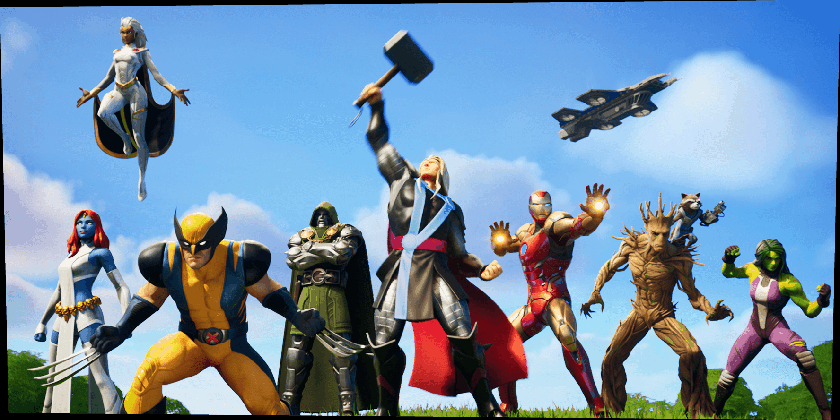 Apple is seeking damages from Epic Games for allegedly breaching its contract with the iOS App Store.

Apple’s filing comes in response to an exhaustive motion for a preliminary injunction, filed by Epic over the weekend. Apple maintains there were legitimate business justifications for all of the actions it undertook. “At all times, [Apple’s] conduct was reasonable and … its actions were undertaken in good faith to advance legitimate business interests and had the effect of promoting, encouraging, and increasing competition,” the complaint reads.

In the last hearing between the two, Apple was allowed to revoke access to Epic Games’ developer tools for Fortnite, but not Unreal Engine. This means Fortune will not come back on the iOS app store any time soon.

The same ruling enjoined Apple from taking additional action against another developer account used by Epic to support the Unreal Engine.

“Epic’s lawsuit is nothing more than a basic disagreement over money,” Apple wrote in its 67-page response. “Although Epic portrays itself as a modern corporate Robin Hood, in reality it is a multi-billion dollar enterprise that simply wants to pay nothing for the tremendous value it derives from the App Store.” Apple reported Epic Games has earned more than $600 million through the App Store.

Apple continued: “Epic’s demand for special treatment and cries of ‘retaliation’ cannot be reconciled with its flagrant breach of contract and its own business practices, as it takes in billions by taking commissions on game developers’ sales and charging consumers up to $99.99 for bundles of ‘V-Bucks.’”

Epic’s reply to Apple’s filing is due by September 18th, ahead of a full hearing on September 28th.

Edward Castronova, a Professor of Media at Indiana University, Bloomington, who specializes in virtual economies, says that this fight is happening is in itself very revealing. He says that when we put Epic games and Apple in the same sentence, it is a revelation as Apple has a market cap of $2 trillion and Epic Game raked in a revenue of $17 billion last year.

He believes that Epic has a serious shot at either winning the lawsuit or, if not, then at least the public debate will permanently affect the industry.

Apple and even Google’s removal of Fortnite from their App Stores is not going to affect Epic Games much as they themselves offer a free download of the game. And in today’s world, players find a way to download much of what they want. It does not matter that they press the download button on an Apple platform or an Epic button. In 2018, Epic launched its own web-based store for pc games, where it takes a 12% cut from developers.

For Apple, this run-in with Epic games is not new. It has faced several anti-trust suits. App developers and companies from Airbnb to Match Group have protested Apple’s monopoly. Complaints from Spotify, a music-streaming service, and Kobo, which makes an e-book reader, have led to antitrust probes by EU countries. Spotify and Match both have lent their support to Epic Games.