Tech stocks that have fared better than most in Corona times due to many reasons, including government fiscal policies, have pushed Tim Cook in the realm of Jeff Bezos, Zuckerberg and Musk.

Apple CEO Tim Cook has entered the hallowed club of the one-percenters, the billionaire club, where he can now rub shoulders with Bill Gates, Mark Zuckerburg, Jeff Bezos and Mukesh Ambani.

He gained this windfall when the US-based technology giant Apple shares gained, and Cook owns 847,969 shares in the firm. Apple reached $2 trillion in market capitalization. Cook’s fortune is made up of the shares he owns and the salary he takes home, which was $125 million last year.

Tim Cook came to the helm of Apple after Steve Jobs retired due to ill health. He became CEO in 2011. As most billionaires with enough to spare, he has also pledged to give away a part of his fortune. He made an announcement about it in 2015. He has donated much of his stake in Apple for good causes and now owns just 0.02%. 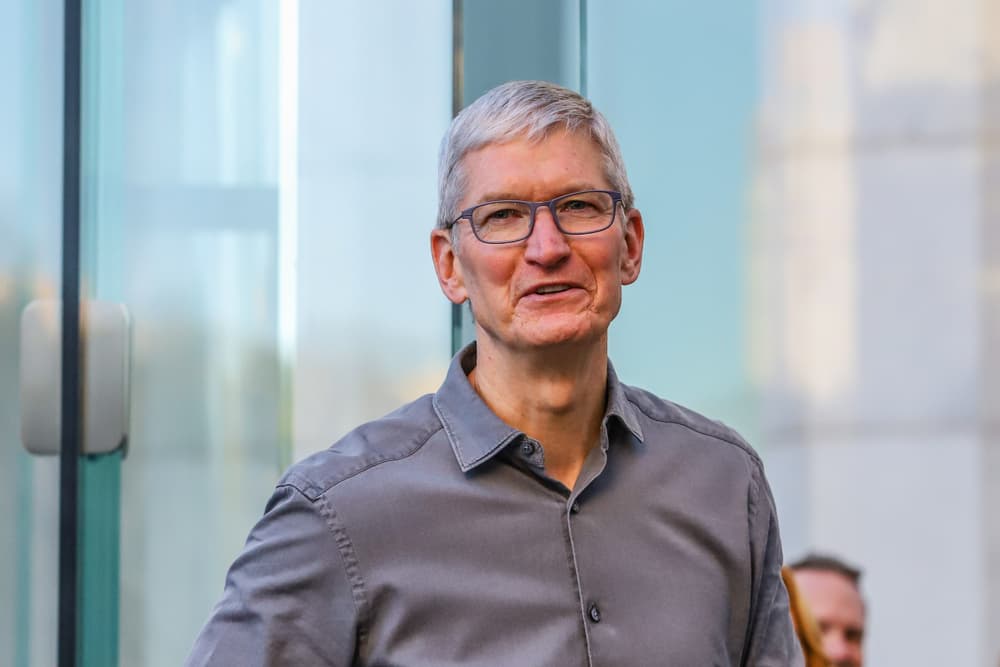 Shares of tech companies in corona times have continued to soar contrary to what the other sectors are going through. Apple has posted strong quarterly results and the outlook for tech giants has been upbeat in general. Currently, Apple is the world’s most highly valued company. Apple stocks reached a record closing level of $327.20 in February. And with a steady appreciation of about 12-15 percent, the company will surely maintain its $2 trillion status.

It is not only Apple, but other tech companies and their head honchos have benefitted from the Corona effect. The Bloomberg Billionaire’s Index says that tech moguls have amassed more wealth since this year’s beginning than any other time. The Coronavirus Pandemic may have played havoc with the economic, social and physical health of people across the globe, but some seem to have benefitted from the contagion.

Steve Ballmer, Jeff Bezos and Elon Musk have all added to their wealth since January, the outbreak of the Pandemic.

In the US, billionaires have become richer to the tune of $565 billion since March, according to a report published by the Washington DC-based think tank Institute for Policy Studies and Clearwater, Florida-based advocacy group Americans For Fair Taxation. The total wealth for billionaires stood at $3.5 trillion, the report said.
Jeff Bezos’s net worth grew by $13 billion July 21, the largest single-day jump since Bloomberg began tracking the day-to-day changes in 2012. He is still the world’s richest man.

Elon Musk and his Tesla stocks have pushed him from rank 35 in rich people’s list to rank 4 with the recent windfalls.

What has helped Apple and Cook achieve a leading status in tech companies is Apple’s growing services and wearable businesses. Analysts expect a growth of nearly $60 billion with the expansion of Airpods and Apple Watch. The services business additionally could grow to $100 billion in the next four years.

The services segment for Apple has seen strong year-over-year growth of 17 per cent with a high revenue of $13.3 billion in the company’s March quarter results this year.

The March quarter results of the company showed wearables, Home and Accessories segment record a revenue of $6.3 billion, up 23 per cent year-over-year.

Higher sales and aggressive buy backs of share have added to their fortunes. The company could reach a value of $23 per share in autumn 2024, almost double of $12.72 per share estimate in the coming months, say experts.

The company will see an EPS growth of 14 percent annually driven by “operational tailwinds and buyback support.”

“Apple would reduce its share count by about 1 billion shares in the forecast period, from 4.6 billion at the end of fiscal 2019 to 3.6 billion in fiscal 2024.

“Apple continues to offer the best risk/reward in large-cap tech and long-term investors should use any weakness to add to positions,” said an expert.

Christy Gren
Christy Gren is an Industry Specialist Reporter at Industry Leaders Magazine she enjoys writing about Unicorns, Silicon Valley, Startups, Business Leaders and Innovators. Her articles provide an insight about the Power Players in the field of Technology, Auto, Manufacturing, and F&B.
« Cadillac Showcases LYRIQ, the first from its EV portfolio
McDonald’s sues ex-CEO Easterbrook, wants him to compensate the company »
Leave a Comment
Close