Apple aims at Samsung Galaxy S3 to be banned in the U.S. 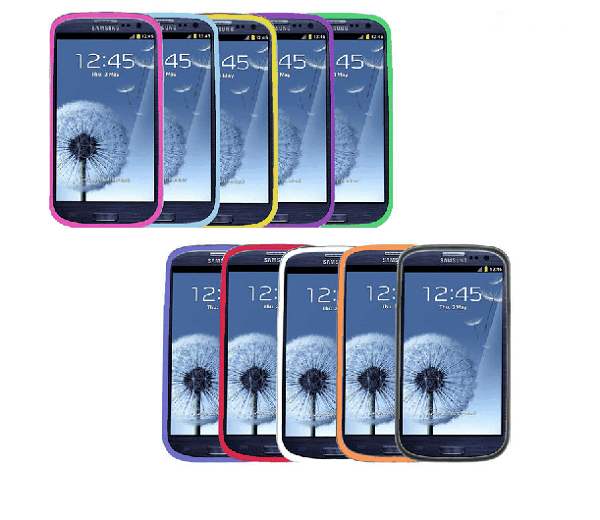 Shortly after a large victory over competitor Samsung in a federal court in California in regards to patent violation across roughly 26 Samsung’s devices, smartphones and tablets, Apple decided to go back to court and amended a separate patent infringement complaint in a separate case against Samsung. An Apple’s new complaint is made against 17 Samsung’s devices, including Samsung’s newest smartphones such as Samsung’s Galaxy S3.

But not only Samsung’s Galaxy S3 may be banned. The complaint aims also at Galaxy Note smartphones and Samsung’s Galaxy Tab 10.1 tablet. The iPhone maker, Apple, ask a federal court to ban them as part of ongoing lawsuit against the South Korean electronics giant.

Apple filed the original complaint in February and alleged that the South Korean company violated roughly four utility patents across approximately 17 different Samsung’s devices. As it was stated by Apple in complaint, Samsung had “continued to flood the market with copycat products, including at least 17 new infringing products released prior to filing the original complaint in the instant action.” Apple, however, has increased the number of patents to eight and the number of Samsung’s products to 21, including both Samsung’s Galaxy S3 and Galaxy Note (two versions each).

The Apple’s original complaint, regarding Apple/Samsung case, has been recently decided in the favor of the American giant, mostly known for its iPhone and iPad – Apple. However, according to Apple, Samsung has been violating patents and releasing new infringing devices, including the Samsung’s Galaxy S3.

Last month a jury in the U.S District Court for Northern District of California awarded Apple, the iPhone maker, approximately $1 billion in damages after deciding that Samsung had infringed some of Apple’s patents. However in Japan, Apple lost a case against Samsung, where it alleged similar infringements of patents! Samsung had won some of cases being fought in court all over the world in the Apple-Samsung battle.

The ban on Samsung’s devices

Apple has been also trying to ban sales of eight more Samsung’s devices; some of them not feature in UK and European market, including the Galaxy S2, Galaxy S 4G, and Galaxy Prevail. A hearing regarding this ban was scheduled for 6th of December.

As for an Apple’s attempt to ban the Samsung’s Galaxy S3, the first one took place back in June. However the U.S District Court Judge Lucy Koh could not fit the Apple’s complaint into a scheduled June hearing.

Certainly the ban on the Samsung’s Galaxy S3 and Galaxy Note would be a shock for the South Korean producer, which aims at producing and selling its hit devices. Moreover it is Samsung which is believed to be the world’s largest smartphones and mobile phones producer and both the Galaxy Note and the Galaxy S3 have been successful in the markets becoming big sellers and revenue-earners as well.