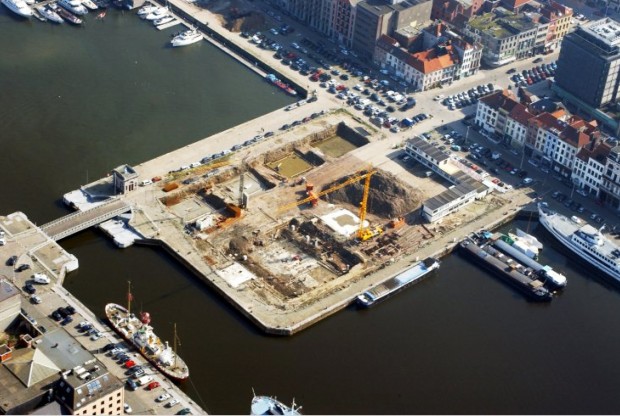 A 5-days-a-week direct rail freight service was launched on May 9th between the Port of Antwerp, Europe’s second-largest port, and Chongqing, the industrial hub located in China’s southwest.

A crucial step in the process of developing the Eurasian Land Bridge, setting up this rail freight passage has significantly speeded up the process of transporting freight across Eurasia.

As compared to the 36 days it takes for maritime transport from east China’s ports to west Europe, the Antwerp-Chongqing Rail Freight service currently takes 20 to 25 days, and the aim is to very soon further shorten the duration of this journey to 15 to 20 days.

Established last year by the Development Authority of the Province of Antwerp (The POM Antwerp), Antwerp Port Authority and the Belgian Administration of Customs & Excise, the project to link Antwerp and Chongqing has been a major priority for Belgium over the past year.

The service, run by Swiss inter-modal logistics provider Hupac, their Russian partner Russkaya Troyka and Eurasia Good Transport, stretches across a distance of more than 10,000km, starting from Port of Antwerp’s Combinant terminal, going through to Germany and Poland, and further to Ukraine, Russia and Mongolia before reaching Chongqing in China.

While Antwerp port spokesman Annik Dirkx admitted that the rail freight route was more expensive than transporting the freight by sea, he emphasized on the significance of a 10 to 15-day decrease in the duration of this transportation journey for businesses producing high-value-added products.

To add to this, given the relatively higher safety offered by rail transportation as compared to maritime transportation, Dirkx said he was quite optimistic about the outlook of the new Antwerp-Chongqing freight rail link.

Explaining the imperative need for a substantial volume of shipments in both directions for making this new rail link viable, Dirkx said in a statement, “Customers from Chongqing wanted the service, but we needed to establish eastbound cargo before we could start.”

He further added that now the availability of sufficient goods for rail transportation between Antwerp and Chongqing is not a problem.

Not only is Antwerp Europe’s second largest port, it also figures as the second largest rail hub in Europe, handling the passage of 250 freight trains per day. Due to the advanced multimodal transportation services offered by Antwerp, it has fast become one of Europe’s most important logistics centers.

Chongqing and the Eurasian Land Bridge

Following this, in 2010, the city started freight services related to the southern part of the Eurasian Land Bridge.

The Eurasian Land Bridge is a rail transport route used for moving freight and/or passengers overland from Pacific seaports in Siberia and China to seaports in Europe. Connecting Xinjiang’s Alataw Pass with Kazakhstan, and further extending to Moscow in Russia, the rail freight service offered by the Eurasian Land Bridge was extended to Germany’s Duisburg via Poland in March 2011 before further expanding to Antwerp in May.

Talking about the additional and faster option for China’s trade with Europe created by the Antwerp-Chongqing rail freight link, Chongqing municipal government’s deputy secretary-general, Liao Qingxuan, said during his visit to Antwerp, that the Antwerp-Chongqing rail freight link will play a significant role in promoting development in China’s west, while also transforming the structure of China’s logistics sector for the better.