Another China Scandal Over Alleged Use of Expired Meat, Meat Supplier for McDonald, KFC Suspended 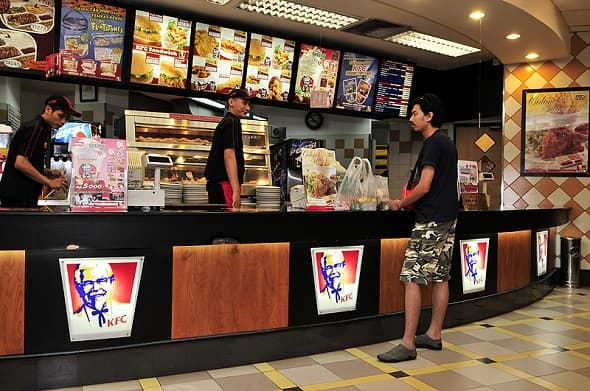 An investigative report found that stale meat products were repackaged after processing and their shelf life was increased for another year.

U.S. fast food chains McDonald’s, KFC and Pizza Hut in China faced a new food safety scare on Monday while authorities investigate a report that alleges a supplier has been selling beef and chicken which are nearly one year past their expiry dates.

The Shanghai Food and Drug Administration (SFDA) authorities have suspended the operations of supplier, Shanghai Husi Food Co. who is owned by a US-based meat processing firm OSI Group. An investigative report found that stale meat products were repackaged after processing and their shelf life was increased for another year.

Yum Brands in particular has been recovering from food-safety concerns in China, the company’s biggest market. The company has been hit hard in recent years due to problems related with chicken suppliers to its KFC chain more than a year ago and the avian food outbreak. The move is a potential concern for McDonald’s Corp. and Yum Brands, who are both now conducting their own independent investigation into the matter.

“Food safety is the most important thing for McDonald’s, and we always strictly abide by national laws and regulations and related standards to ensure consumers can enjoy our products at ease,” McDonald’s said in a statement.

According to reports, officials at OSI said the company is cooperating with authorities in the investigation and the company claimed that it has a strict quality-control system in place. OSI has nearly 60 manufacturing facilities all over the world with revenue of over $5 billion in 2012. It has been supplying to Yum since 2008 and McDonald’s in China since 1992, according to its website.

Food safety has always been a concern in China, which has been hit by a series of food adulteration and product safety problems. Most consumers in China purchase import brands and foreign labels, believing they have higher standards of quality control.

McDonald’s, which owns more than 2,000 outlets in China, has been trying to bolster its standing with Chinese consumers. Last year, the company had to face rough times in the country, with sales at stores open a year or more was down 3.6% compared with 2012.