Will the US put the lights out in the waning Coal Industry? 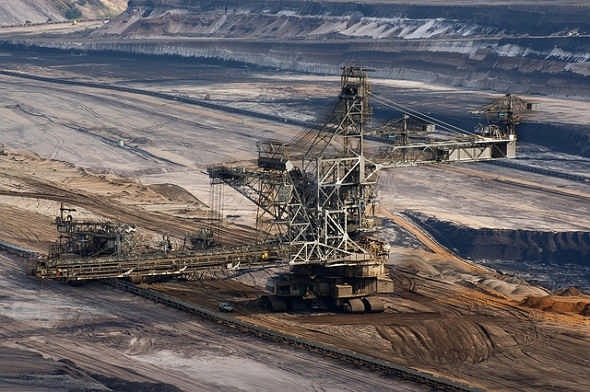 Alpha Natural Resources Inc., one of the biggest coal producers in the United States became the latest in a string of coal companies to seek bankruptcy protection amid a devastating industry and wide downturn.

The coal industry, by its own admission, is struggling to adapt to the ongoing global conversion to clean energy and stricter pollution regulations.

The Bristol, Virginia-based Alpha Natural Resources operates about 60 coal mines, mostly in parts of Appalachia that have seen the sharpest declines in coal demand and coal prices due on a historic shift in the electric power sector brought on by cheap natural gas.

The company filed for chapter 11 protection in U.S. Bankruptcy Court in Richmond, Va., with assets of $10.1 billion and liabilities of $7.1 billion. Alpha Natural Resources has around 8,000 employees and is a big employer in areas like south western Pennsylvania, West Virginia, eastern Kentucky, and Wyoming.

The sudden boom in natural gas production in the U.S. brought on by advanced drilling techniques and hydraulic fracturing has initiated a period of sharply lower natural gas prices. Additionally, clean air regulations are shadowing the future for coal-fired power because coal emits double the amount of carbon dioxide as compared to natural gas, and far more pollutants such as soot and mercury.

According to Platts, the average price of coal used for electricity from Central Appalachia is 20 percent less than last year. In June, the price hit an eight-year low.

In a move that will likely cut down demand for coal even further, President Barack Obama on Monday announced the first ever set of rules restricting greenhouse gas emissions from existing power plants.

Alpha, like many of its counterparts, is also struggling with a massive debt load. Most coal producers invested money to boost growth on the expectation that demand would soar around the world, especially in China, as hundreds of millions of people gained access to electricity.

The company’s financial woes have been furthered by its purchase of Massey Energy for $7.1 billion in 2011, leaving Alpha saddled with debt. According to a regulatory filing, Alpha had an estimated $3.14 billion in long-term debt for the quarter ended March 31.

However, clean-air concerns are pressurizing countries around the world to seek other alternatives to coal, and coal production in developing countries has also increased, reducing the need for U.S. coal.

Anna Domanska
Anna Domanska is an Industry Leaders Magazine author possessing wide-range of knowledge for Business News. She is an avid reader and writer of Business and CEO Magazines and a rigorous follower of Business Leaders.
« Canon’s new multi-purpose camera can see in near-total darkness
EFF launches a stronger Do-Not-Track functionality in web browsers »
Leave a Comment
Close