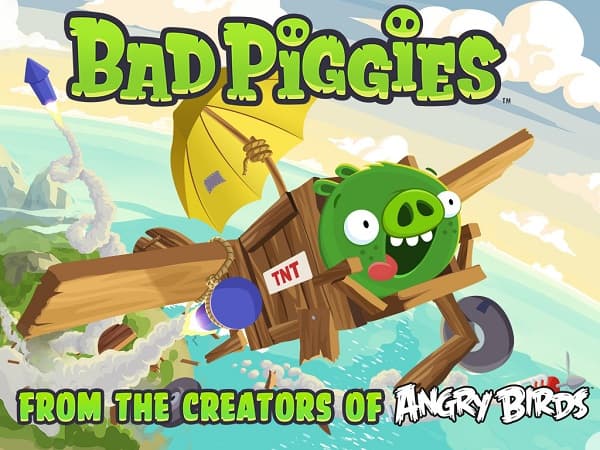 After about two years of waiting Angry Birds fans will be able to get to play the new game of Rovio Entertainment, Bad Piggies, which is full of colorful levels and new adventures as well. In this game, Bad Piggies take control; the pigs play the main role.

The new game of Rovio Entertainment has been launched for iPhone, Android and Mac. Henri Holm, Rovio Asia senior vice president, informed that the Bad Piggies would be released in the Taiwanese capital Taipei in the first of a series of global events. He said: “We picked Taiwan because there is a very strong following for Angry Birds.”

Rovio Entertainment also hopes that the new game will breathe additional life into its brand.  Petri Jarvilehto, head of gaming at the company, strongly believes that the Bad Piggies will become a smash-hit game as Angry Bird did in the last three years.

But the Angry Birds maker does not want to stop at this point. Rovio Entertainment has decided to expand into merchandising. The company’s long term strategy includes a cooperation with Walt Disney Co. by selling a wide range of stuffed animals as well as other toys.

If the Bad Piggies game is successful, the company will go public as soon as next year, offering this way a possible payday for its investors. Last year Rovio Entertainment received about $42 million from venture capital companies including Accel Partners, which backed Facebook Inc. and Baidu, and Niklas Zennstroem’s venture capital firm, Atomico Ventures.

The company at a parting of the ways?

Rovio Entertainment’ market value is estimated between $6 billion and $9 billion. Yet the company’s management hopes that the new game will be a hit so that the company could go public next year.

The company was founded in 2003, just to become a global phenomenon after the release of Angry Birds in 2009. Angry Birds were specially designed for Apple Inc.’s iPhone.  The Rovio Entertainment’s sales grew 10-fold to approximately to $100 million last year thanks to the Angry Birds game and its addictive side. According to data, the most popular Rovio Entertainment’s game had 200 million monthly users at the end of 2011. Yet the company sees that it is losing its momentum. Angry Birds has dropped painfully from the top-grossing lists ad well as Amazing Alex, the non Angry birds game of Rovio Entertainment in over two years, has been outside the top 50 since it was a No. 1 hit in July.

The company needs another hit, if it wants to be on the top.