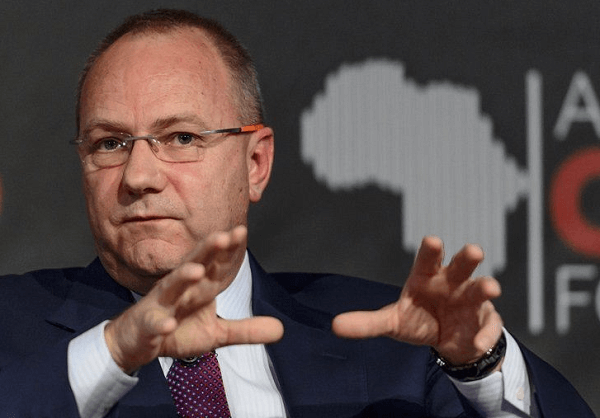 On the 29th of January, Anglo American PLC informed that it would write down $4 billion on its Minas-Rio iron project in Brazil after conducting a review of the scheme. The company, which is one of the world’s mining giants, underlined that the massive write-down in the value of its asset was mainly caused by costs overruns and delays. The surprisingly high write-down on the Anglo American PLC’s project was long expected and it is thought to have been the main cause of the Cynthia Carroll’s resignation from the position of chief executive officer.

The announcement of the gigantic write-down on the Minas-Rio iron project in Brazil was widely and long awaited by industry’s analysts. Anglo American PLC, which is one of the world’s biggest mining companies, acquired the asset in two rounds in 2007 and 2008 for almost $5 billion in total.

The recent review of the Minas-Rio iron ore project in Brazil, however, showed that delays and cost overruns raised the scheme’s cost to as much as $8.8 billion. The delay in the first delivery of iron ore from 2013 to 2014 was one of the delays which had a major impact on the decision to write down $4 billion on the Brazilian scheme. But also unexpected growing costs of production and increasing prices of mining equipment had their part in the announced write-down on the iron ore project.

When the company had bought the Minas-Rio iron project in Brazil, it expected that capital expenditure for the scheme would be slightly over $2.5 billion. But analysts note that the announced write-down is smaller than they initially expected.

According to data, the capex projection was raised as many as six times. As a result, outgoing CEO Cynthia Carroll had been pushed to resign; she announced her departure back in October 2012. While commenting on the data, Anglo American CEO Cynthia Carroll admitted that she was dissatisfied with the results, yet she underlined: “Minas-Rio is a world class iron ore project of rare magnitude and quality and represents one of the world’s largest undeveloped resources. Despite the difficulties, we continue to be confident of the medium and long term attractiveness and strategic positioning of Minas-Rio and we remain committed to the project.”

Mark Cutifani, chief executive officer at AngloGold Ashanti, is next Anglo American CEO and he is to take the helm on the 3rd of April. Cynthia Carroll’s successor will face, without a doubt, many challenges on his road, including growing costs and managing complex labor relation in South Africa.

The announcement of the Anglo American’s write-down on its Minas-Rio iron project in Brazil comes after Rio Tinto informed that it would write down $14 billion on its mining assets. The hefty sum of the write-down was too much for the board and Tom Albanese was forced to resign from its CEO position.