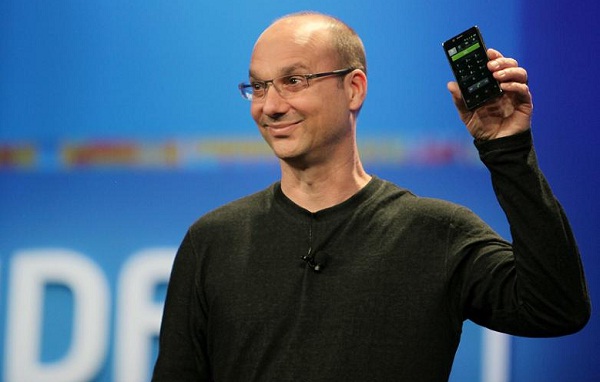 Andy Rubin is saying goodbye to his child Android, which is the world’s top-selling mobile operating system, as Google Inc. is seeking ways to cope with complex alliances, including one with Samsung Electronics Co. Google Inc. believes that combing its mobile software units into one would be the best option leading to further success.

Rubin to eyes other projects

On the 13th of March, Google CEO Larry Page informed that Andy Rubin, who sold his Android operating system in 2005 to Google Inc. and then became a head of the unit and a part of Google family, decided to bid farewell to his child. But that is not the end of the Andy Rubin’s adventure with Google Inc. as he will focus on other tasks. In his blog post, Google CEO Larry Page underlined: “Having exceeded even the crazy ambitious goals we dreamed of for Android — and with a really strong leadership team in place — Andy’s decided it’s time to hand over the reins and start a new chapter at Google,” adding that the company was waiting for other “moonshots.”

There is no question that the Android operating system has been an enormous success since it was launched in 2009 as it is installed in approximately 75 percent of smartphones, leaving behind the system of Apple Inc. Despite the fact that the Google’s Android operating system is blooming, Chrome is still the main component of the company’s strategy and it seems that nothing will change it. And indeed, analysts note that the most important thing for Google Inc. is the ecosystem of its apps based on the Web, not the platform itself. The company is vitally interested in Google Docs, Google Voice, etc.

According to statements, 40-year-old Sundar Pichai, the Google’s senior vice president of Chrome, is to take over Andy Rubin’s responsibilities. Taking into account the Sundar Pichai’s experience, he is even expected to merge the Android mobile operating system and the Chrome operating system. Not surprisingly, this combination has been long expected by analysts.

Google CEO Larry Page is convinced that Sundar Pichai would do everything in his power to make the ecosystem even more successful as he has an uncommon gift of creating new products which are known for its technological advance and easiness of use. Certainly, the resign of Andy Rubin and nomination of Sundar Picahi will have an enormous effect on the future of the Google’s Android which happens to have the dominant position in the market. At this time, we will have to wait for what the future will bring. What will the company do with its successful product namely the Android operating system? What will Andy Rubin work on?

Anna Domanska
Anna Domanska is an Industry Leaders Magazine author possessing wide-range of knowledge for Business News. She is an avid reader and writer of Business and CEO Magazines and a rigorous follower of Business Leaders.
« Samsung Galaxy S4 to Include Attractive Features
New Zealand faces drought and economic challenges »
Leave a Comment
Close