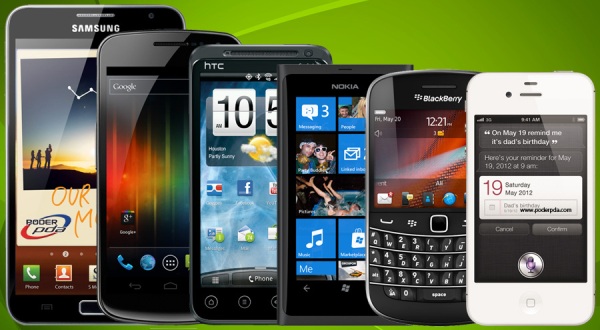 Android, the king of the smartphone market
It appears that the Google emporium is getting bigger and bigger every day, since it owns not only the most popular web browser in the world but also the most attractive smarphone platform. Yes, Google’s Android system was used on four of five devices sold worldwide during the third quarter of 2013. Android market is stronger than ever.

According to the most recent IDC survey, released yesterday, Android market share rose to 81 percent, imposing its popularity over Apple’s iOS, used on iPhones. Of the number of manufacturers that run Google’s Android system on their devices, Samsung gained the biggest market share. Its Galaxy S4-maker scored 39 percent of all Android smartphone shipments during the third quarter. The rest of the other vendors saw an Android market share within the single digits or even less.

Despite iPhone sales increased 25.6 percent from 2012; the growth of Apple market was moderated in contrast to the global market, and Apple’s share fell to 12.9 percent from 14.4 percent in the same period last year. On the other hand, Windows Phone became the third most popular choice in the market, with a share of 3.6 percent up from 2 percent on 2012. Microsoft’s phone sales grew 156 percent and had 93.2 percent of it devices manufactured by Nokia. As expected, BlackBerry presented further troubles navigating the smartphone market, for its share fell from 4.1 percent on 2012 to 1.7 percent this year. In addition, Blackberry sales went down 41.6 percent from last year, despite the introduction of BlackBerry 10, its most recent operating system.
“Android and Windows Phone continued to make significant strides in the third quarter. Despite their differences in market share, they both have one important factor behind their success: price”, explained IDC analyst Ramon Llamas. “Both platforms have a selection of devices available at prices low enough to be affordable to the mass market, and it is the mass market that is driving the entire market forward.”

IDC pointed out that Apple market share was probably affected by weak sales the weeks before the introduction of the two new iPhone models at the end of the quarter, in September. Nevertheless, it sold nine million of the new phones during the first weekend, which suggests a strong fourth quarter. However, Google’s Android system numbers are still very far from Apple’s iOS statistics within the smartphone market.

All in all, the complete smartphone market grew 39.9 percent year-over-year in the last quarter, to 261 million units. According to the IDC survey, average smartphone’s selling prices have fallen 12.5 percent since last year, for there has being an increase in the demand for cheaper phones. The current average price is $317 per unit. One exception to the decreased rates on devices is the average price for large-screened smartphones or phablet, which $443 per unit. However, that price is still 22.8 percent lower than 2012, when the figures showed a $573 price. This kind of devices account for 21 percent of the smatphone market, which represents a significant growth, for they only figured a 3 percent the previous year.

“Almost all successful Android vendors have added one or more five-to seven-inch phablets to their product portfolios”, informed IDC’s Ryan Reith. “We believe that the absence of a large-screen device may have contributed to Apple’s inability to grow its share in the third quarter.”

Krispy Kreme, the popular donut chain, aims raise roughly $4 billion as it makes one of the biggest IPO debuts at the NYSE.
11 hours ago