Americans Believe CEOs are Overpaid. We Find Out Why.

CEO pay has long been a controversial topic, as most companies award their top executives with multiple bonuses, stock options, and perks while barely giving raises to their average employee. Yearly increments often do not match inflation levels. While inflation has grown by nearly 8%, hourly wages have barely increased by 4.7%. CEO salary, however, has continued to maintain the security and comfort it offers.

In February, 85% of companies told Payscale that they are worried about inflation, but most also admitted that they aren’t giving pay increases to match it. One group that tends to be insulated from these economic changes is that of the CEOs.

CEO salary skyrockets during company growth and attracts attention when the firm is going through a lean period. As the pandemic ravaged the world, The Norwegian Cruise Line struggled to keep its head above the water. It laid off nearly 20% of its staff but managed to find a spot amongst CEOs overpaid as its top executive Frank del Rio nearly doubled his pay to $36.4 million.

As per data gathered by the Economic Policy Institute, top CEOs earned over 351 times more than the average worker in 2020. CEO pay has risen by nearly 1,322% since 1978, while the average workers languish at 18%. These statistics are bound to give rise to ill feelings. 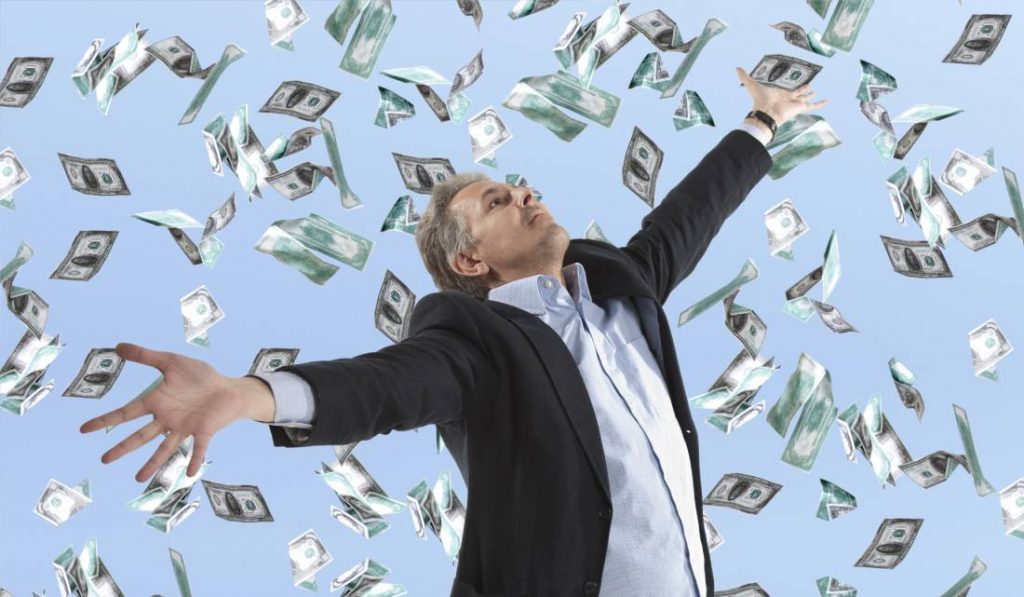 CEO pay is a bitter pill to swallow as top executives mint fortunes while the average worker struggles to put food on the table.

A stark reminder of this occurred during the pandemic. Companies laid off thousands of workers to “conserve resources” while doling out hefty compensation packages to their CEOs. A case in point is the Whiting Petroleum Corporation where the board filed for Chapter 11 in April 2020 but also approved a bonus of $6.4 million for CEO Brad Holly.

Popular retailer JCPenney, too, pulled something similar when it paid out millions in bonuses to its top executives before filing for bankruptcy. Three of the top C-suite employees received around $1 million each. Often, companies argue that they need to pay top dollar to retain top talent. Such tone-deaf practices build a deep-seated resentment towards high CEO pay, while the average worker struggles to hold down a job.

Another sore point is when CEOs supposedly give up their salary when companies face turbulent times. Although it appears noble, they often only relinquish their fixed base salary. They still manage to take home millions in stock options, bonuses, and other benefits. Some CEOs waive off their base salary to help the company tide over difficult times, but fixed base salary only makes up around 10-15% of their total remuneration. Shareholders are slowly raising their voices against astronomical numbers. In February, The Guardian reported that a record number of S&P 500 companies failed to garner the required 50% approval from shareholders over CEO salary deals.

The gap between executive compensation and average workers continues to widen as per a report by the Equilar 100, which studies CEO pay of large companies. In 2021, median CEO compensation reached $20 million, roughly 254 times more than what the average worker earns.

According to a recent report, the CEOs overpaid themselves frequently and Paytm CEO Chad Richison topped the list. The CEO salary to average worker salary has always raised eyebrows for its huge disparity.

An average worker must answer to his superiors for mistakes made during the job. CEOs often escape this basic job requirement and are rarely held accountable for their inaction or mistakes. Corporate American CEOs are overpaid even when their companies underperform or lose business. Most CEOs have contributed towards setting the gold standard in self-love.

After two fatal crashes that resulted in the loss of hundreds of lives, Boeing was accused of selling aircrafts with faulty software. Experts also questioned the company’s relationship with regulatory authorities and the money it spent to buy back stock. Despite facing such charges, when CEO Dennis Muilenberg was fired, he could take home a neat $58.5 million.

Over the years, the count of CEOs overpaid for their presence have only continued to increase. Historically, golden parachute referred to compensation paid out to top executives who would exit a firm after an acquisition or merger. Today, the term is used much more liberally, or should we say abused, to fatten the pockets of C-suite executives.

Sarah Anderson, an executive compensation expert, at the Institute for Policy Studies told CNBC that most companies were focused on keeping their top executives happy in 2021. She added, “In the long run, and even in the short run, it’s not going to be good for the bottom line.”

According to Lawrence Mishel, a distinguished fellow at the Economic Policy Institute, companies have been able to get away with such changes due to various reasons, mainly, high unemployment, globalization, lack of labor unions, low expectations, the increase in non-compete clauses and domestic outsourcing, where companies hire freelancers over regular employees.

Even during the pandemic, CEO pay did not take a hit as much as the average worker’s. It is clear that the government must bring in clear policies that prevent companies from abusing the power and money they have and to ensure that the average workers who help in the day-to-day functioning of the compensation are duly compensated.

Christy Gren
Christy Gren is an Industry Specialist Reporter at Industry Leaders Magazine she enjoys writing about Unicorns, Silicon Valley, Startups, Business Leaders and Innovators. Her articles provide an insight about the Power Players in the field of Technology, Auto, Manufacturing, and F&B.
« Meta Vs Apple – Taking Stock of Privacy and Principles
A Hand Implanted Microchip Can Soon Replace Credit Cards »
Leave a Comment
Close

The filing shows that “stockholders did not approve, on an advisory basis, Intel’s executive compensation of its listed officers.” The California-based tech company’s packa
12 hours ago

In a written statement, the company also revealed that they will give out a “a Q1 dividend of $18.8 billion to be paid in the second quarter, and have approved the distribution o
12 hours ago