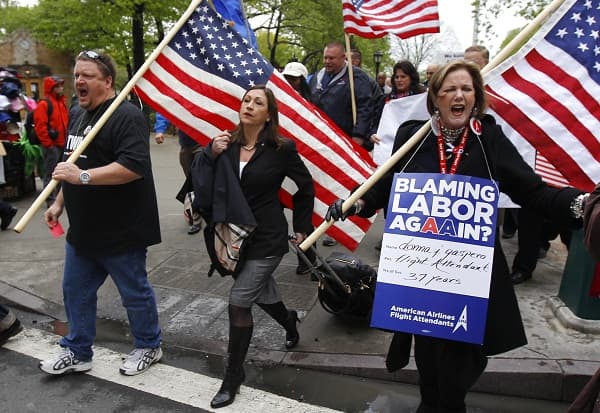 Yes for the contract offer

According to data, 59.5 percent of AMR flight attendants voted for American’s final offer, compared to 40.5 percent rejecting it.  The approval of the contract offer means that American is not expected to ask the U.S. Bankruptcy Court judge for a supervision of the restructuring of AMR Corp., which would mean changing the current contract, imposing radical terms such as more working hours per month and smaller raises.

But voting for the proposal was not so easy to achieve. For the last couple of days, the union’s leadership had campaigned for voting as at the same time it warned that 2,000 flight attendants could be forced to take unpaid leave, if the offer had been rejected. According to American’s statement, the flight attendant ratification should be viewed as “an important step forward in our restructuring.” Moreover it has been stated, that AMR flight attendants’ “yes” means that employees will benefit more than in case of saying “no” to AMR flight attendants’ ratification.

By voting for the contract ratification, AMR flight attendants have joined the other 7 union groups represented by Transport Workers Union, which had already done it. However, AMR flight attendants has emphasized that their decision should not be considered a vote of support for American Airline’s executives.  According to APFA officials, the current management team is to be blamed for the tragic financial situation of American Airlines. In addition, the union strongly believes that the best solution for American Airlines is a merger with US Airways Group Inc. AS for US Airways, it has been pushing a merger with AMR Corp., which is the parent company of American Airlines, for a long time.

A problem with AMR pilots

The Allied Pilots Association had rejected to sign a contract agreement.  The new contract proposal was submitted last Friday; as a result the hearing in that offer is scheduled for 4th of September.

The contract signed by pilots is needed to continue changes ongoing in the company. Only the contract recently signed by AMR flight attendants will help to reduce spending by $195 million per year. However the contract should be signed by the court before it goes into effect. Currently pilots should be convinced to sign the proposal.