Americans have more confidence on small businesses than large US Corporations

NFIB Study: Coronavirus’s impact on small businesses is bad and getting worse

A majority of Americans, in a new poll condemn that large U.S. corporations are much better at creating good jobs for citizen in other countries than for Americans. 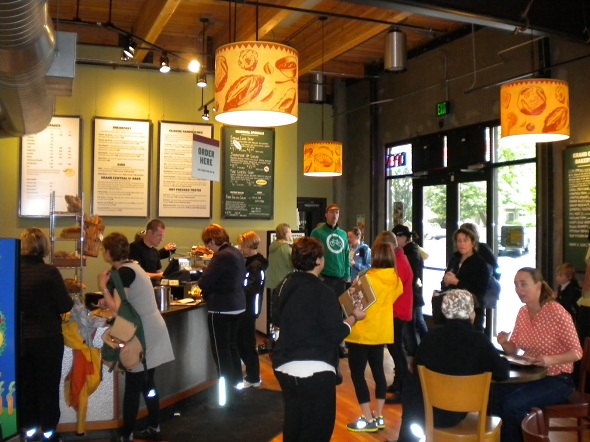 Results of a Gallup survey released last month revealed that respondents have more confidence in small businesses than large, with 43 percent saying that large companies are weak at creating jobs domestically. About 66 percent of Americans believe that large U.S. companies are much better at creating good jobs for overseas citizens, where they do business. The poll comes amid a still abating US economy in terms of jobs growth, with a high rise in the US unemployment nationwide, except in areas with a strong local economy such as Washington D.C.

When asked, which make a greater contribution towards the development of new products and technologies in the U.S., 66 percent of respondents said small businesses with just 35% showing faith in innovations in big corporations. Just 43 percent of Americans said that large U.S. companies did a good job of creating good jobs domestically. And overall, 54 percent said big businesses did an extremely poor job of maintaining equilibrium in the best interests of the U.S. and its citizens with best interested in their companies.

The findings are constant in comparison of previous Gallup poll results which indicated that only 22 percent had confidence in big businesses, which is one of the lowest confidence ratings of any of the bodies Gallup has tested.

“Large U.S. companies clearly have an image problem,” said Gallup from its findings, “A majority of Americans perceive that large U.S. companies do a poor job in terms of creating jobs domestically, helping grow the American economy, and putting the interests of the country ahead of their own”.

Gallup said that the latest poll results demonstrate that a “significant challenge large U.S. companies face in their efforts to improve their image at home in convincing Americans that they are the backbone of the U.S. economy as much as they are economies overseas”.

Anna Domanska
Anna Domanska is an Industry Leaders Magazine author possessing wide-range of knowledge for Business News. She is an avid reader and writer of Business and CEO Magazines and a rigorous follower of Business Leaders.
« Retail Industry Leader Amazon under the Noose?
Google rumoured to be investing more than $1 billion in satellite internet access »
Leave a Comment
Close