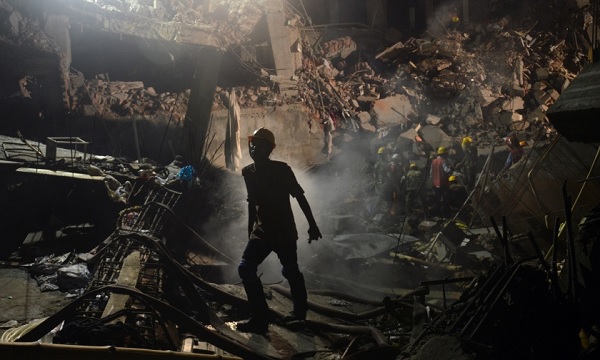 The move was announced following the tragedies such as April’s deadly garment building collapse and the building collapse at Rana Plaza in May, More than 1,100 people died, The pact follows a similar commitment in May from 70 mainly-European retailers, unions and activist groups to ensure safety in Bangladesh’s enormously dangerous clothing plants. And giant retailers like Zara, H&M, and Tesco have agreed to pass on significant funds as a donation to upgrade safety standards to a reasonable level at the factories.

This plan drew immediate criticism from labor groups who labelled it as “sham”. They complained that it was less stringent than an accord reached among European companies.

The two retailers were part of The plan announced in Washington, D.C. by the Alliance for Bangladesh Worker Safety, which includes 17  US and Canadian brands and retailers. They unveiled a five-year agreement as an alternative to a legally binding accord backed by 70 international brands along with Marks & Spencer and Primark as well as unions led by IndustriALL and UNI Global Union.

A huge number of European retailers that have signed the Accord on Fire and Building Safety in Bangladesh which includes factory inspections, worker training and ways for workers to report safety concerns. It also agreed not to use factories considered to be unsafe.

The American deal also promises to arrange the inspection of all factories used by the signatories within a year and enact a set of common safety standards by October this year.

$42 million has been raised for the American project. Companies will contribute up to $1 million a year for five years each to support mandatory training for factory staff and managers and to support “worker participation committees” in every factory to deal with complaints about working conditions.

Ten percent of the funds will be set aside to assist workers temporarily displaced by factory improvements or if a factory shuts down for safety reasons. Such repairs will be backed by over $100m in low-interest loans and other capital provided via the retailers and brands. The money will also help a non-governmental organization to be chosen within 30 days that will implement parts of the program.

But critics said the American plan could not be “credible or effective” without the involvement of workers in its governance and lacked teeth without legal underpinning. It varies from the way retailers in the European-dominated plan take accountability for safety violations. The Europeans guarantee that there is money to fix serious fire and building safety problems in any of the factories they use in Bangladesh.

Labor rights groups like the Worker Rights Consortium, the Clean Clothes Campaign and United Students Against Sweatshops, criticized the American plan. These organizations faulted the plan for being “company-developed and company-controlled,” adding that “under the Gap/Wal-Mart scheme, brands and retailers are not obligated to pay one cent toward the renovation and repair of their factories in Bangladesh.”They said the corporations are not willing to implicate to a program under which they actually have to keep the promises they make to workers and accept financial responsibility.

Ms Hoffman Christy Hoffman, UNI’s deputy general secretary, said: “Walmart are bringing their discount practices to factory safety. This is not a price war; this is about people’s lives. Walmart has dragged Gap and a number of other brands down the wrong track. He also added that the US fear over legal risks “has no legitimacy whatsoever” and that companies were using it as an excuse to limit their financial obligations to Bangladesh. We now urge the Walmart/Gap initiative to think again and raise its standards to those of the accord.”