The American Electric Power (AEP) is building the largest wind farm in the US in Oklahoma, but there’s a growing fight over the two-gigawatt wind power project which may reshape how Americans pay for renewable energy, reports Bloomberg.

The project, Wind Catcher, is proposed to occupy a 121,206-hectare (300,000 acres), consist of 800 2.5-megawatt turbines and represent one of the biggest wind farms in the world. It will generate about two-gigawatts of electricity, which will be enough to serve about 1.1 million customers. The Chicago-based power development company Inenergy LLC and General Electric Co are said to be working on the project valued $4.5 billion. AEP is proposing to generate over $6 billion in customer savings after 25-years of service. But the recent tussle is AEP wanting “upfront guarantees from regulators that customers will pay the bill.”

This proposal calls for a financial model which has long been used in building plants powered by natural gas and nuclear by cost tracking. The model has been widely accepted in building solar and wind farms recently. However, AEP is said to be accessing the limits after requesting for permission from regulators in four states to adopt the strategy for the ongoing Wind Catcher project which is set to be completed by 2020. 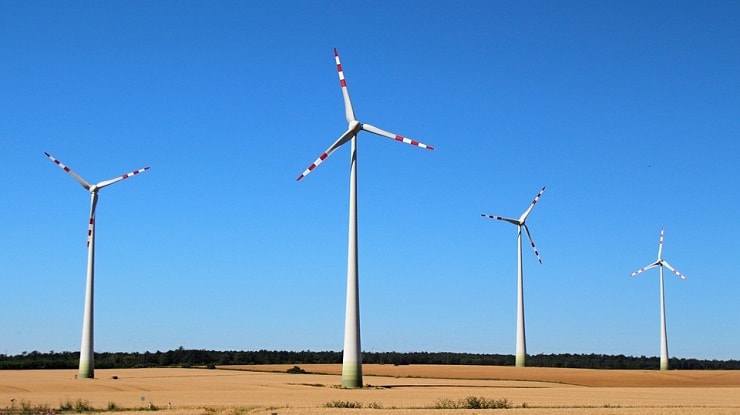 While American Electric is currently facing tough times getting approvals, critics have described the project as “potential boondoggle,” considering customer’s fate if the project didn’t go as planned – they could be stuck with the bill. An administrative judge in Oklahoma had advised State regulators in February to decline the proposal from AEP, which will also need approvals from Texas, Louisiana, and Arkansas, where the company plans to recover the project cost.

“If American Electric fails in its quest, an entire industry that’s counting on the model for growth may suffer a blow,” said a wind energy analyst, Alex Morgan. At that point, “Maybe the next step is smaller projects.”

According to Bloomberg, skeptics are unconvinced with American Electric’s projected cost, with the perception they are on “unproven assumptions,” they also criticized that the utility owner did not solicit for other bids before accepting to acquire the project from the builder.

The financial model where utility owners seek the consent of regulators to charge customers is not the first of its kind and American Electric are not the first to adopt such model. MidAmerican Energy Co. owned by Warren Buffett in 2016 secured approval to recover the cost of its $3.6 billion wind project, though it’s a smaller project comprising of multiple sites, unlike AEP massive project which is single.

Scana Corp. failed nuclear power project in South Carolina which left customers paying for uncompleted reactors are some of the memories that could sour AEP’s changes of securing approvals.

Mark McCullough, AEP executive vice president for generation said “in the case of Wind Catcher, customers come out ahead if American Electric can pull it off. It’s a big project, but the customer’s monthly bill will be lower as a result.”